Of course if the sign said, all-you-can-eat Sushi, plus all-you-can-drink sake, it would be even better.. but still.. one cannot complain.

Yes indeed, good sushi is delicious, as it is expensive. And an all-you-can-eat sushi signage, could be a risky prospect, but we were about to find out, if Enju could pull off this promo of theirs. While this menu isn’t intended for sushi snobs per se, it’s for the folks who are addicted, and need a whole load of sushi for less money, than what they usually pay. If you’re training to be the world’s fastest and biggest sushi eater, this is the promo for you! 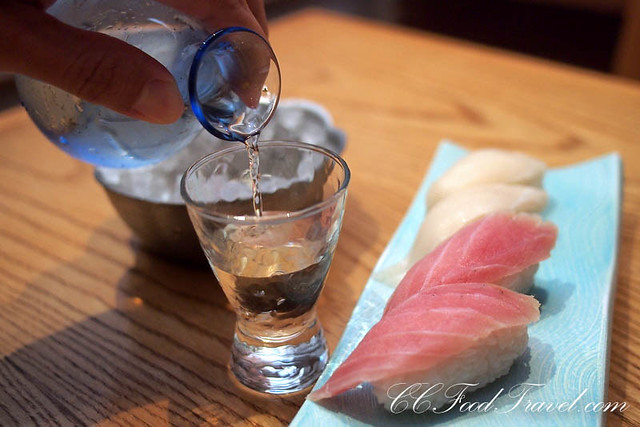 The sushi list is unlimited. To whet your appetite, you may start off with the regular maki rolls and nigiri pieces. Definitely go for the Nigiri Sushi such as the Maguro (tuna), the Abura Bouzu (butter fish), the Shake (salmon) the Suzuki (seabass) the Hamachi (yellow tail) and my all time favorite, the sweet Inari ( bean curd skin). 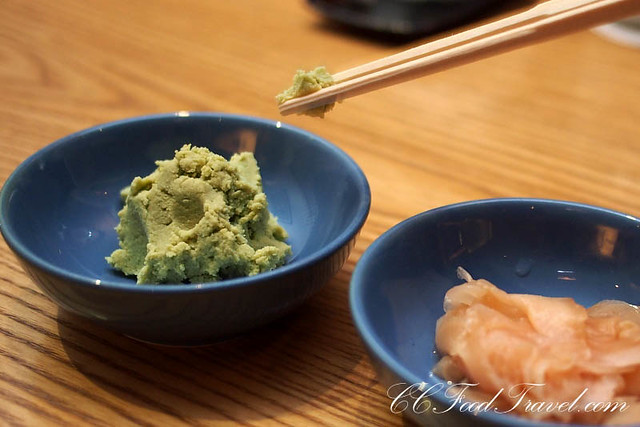 wasabi… you’re supposed to add just a dab, unlike how to locals eat it.. chunks of it at a time! 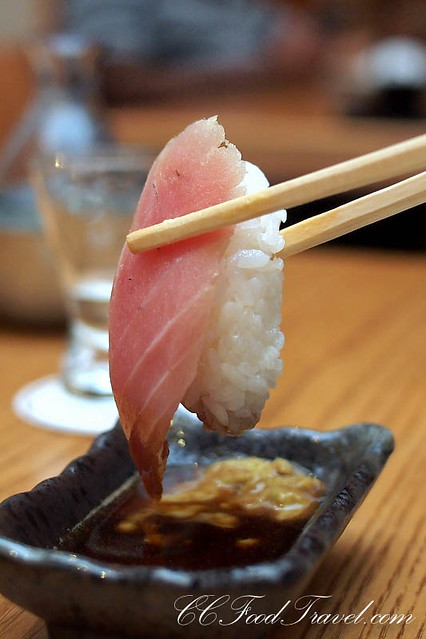 For roe lovers, there is the Gunkan Sushi. We loved the Ebiko (fish roe) and Wasabi Ebiko (wasabi fish row), which had a nice pungent kick to it. 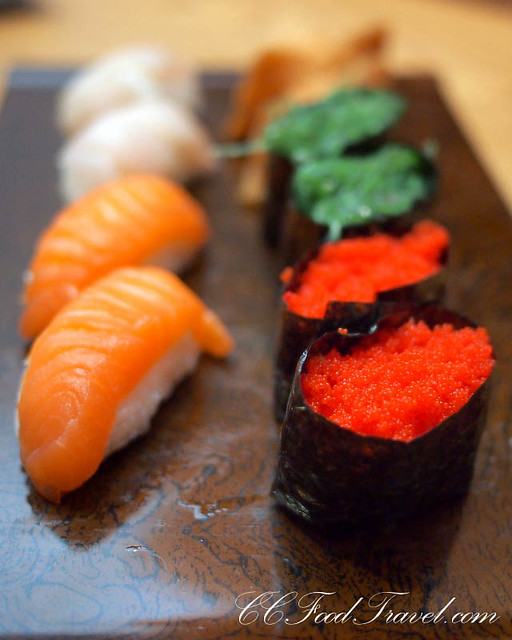 The Dynamite Roll which is typical of the western-style sushi was pretty addictive, with fresh buttery salmon, tempura prawn and avocado wrapped in nori seaweed. 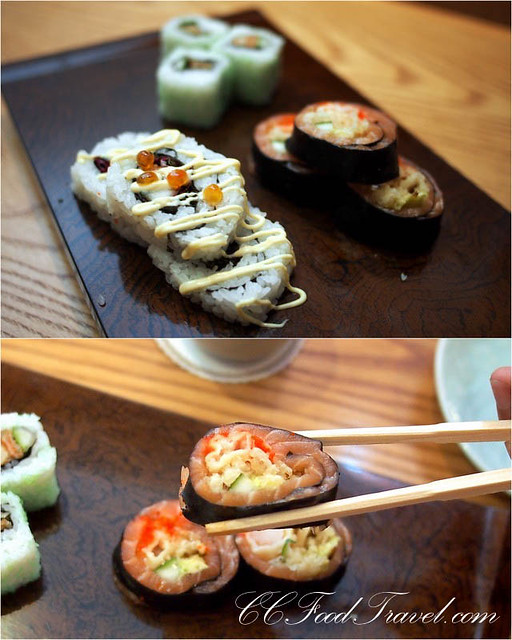 Moving on to the mains, we quickly devoured a teppanyaki Australian sirloin a teriyaki-glazed, grilled chicken thigh (not my favorite as I don’t like thigh meat), a grilled teriyaki salmon fillet and some mixed tempura. 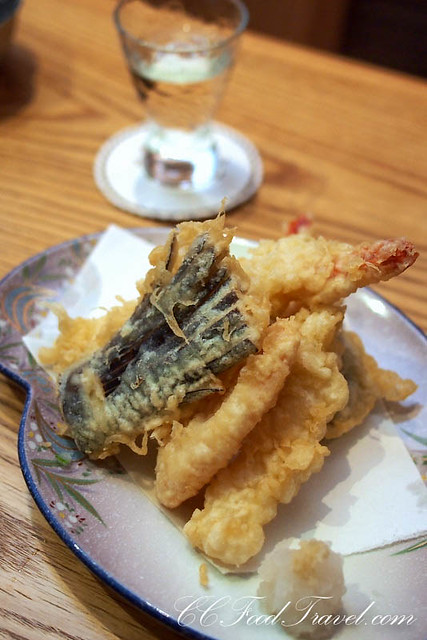 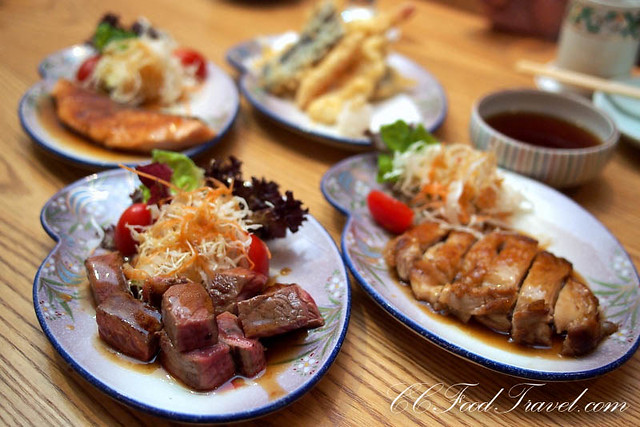 Then it was more rolls and more sushi… 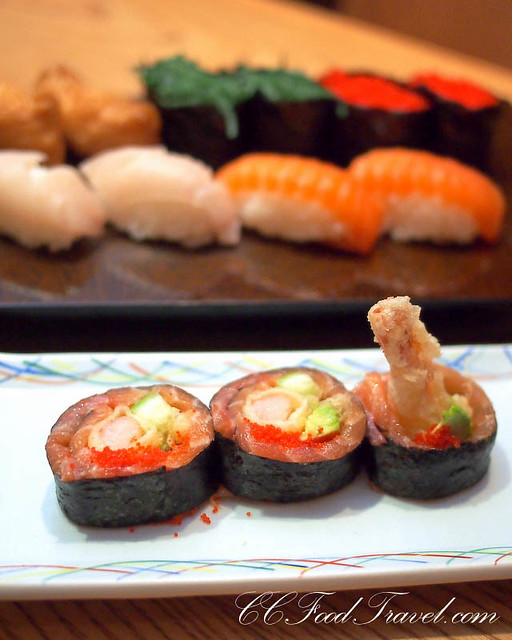 And finally when our bellies were heaving under the strain of being champion sushi eaters.. it was time to wind down dinner with desserts. 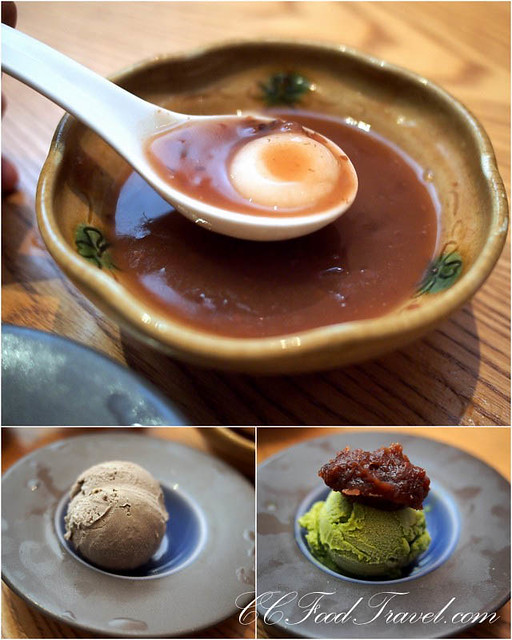 The Ogura Macha Ice Cream was awesome (green tea with red bean) as was the Kuro Gama (black sesame). There was also a nice red bean dessert which we devoured in 2 seconds flat.

Sekinchan is the rice-bowl area of Selangor. It is located in the Sabak Bernam district and is one of two major rice producing districts…