I’ve never been to Venezuela, but I know that while other South American countries are romanticized for the Tango, Machu Picchu or Carnaval, Venezuela’s allure comes from Andean Peaks, the longest stretch of the Caribbean coastline, plus an entire bevy of international beauty pageant winners that have sprung from her loins. I also know it’s famous for the Dancing Devils of Yare and Angel Falls. 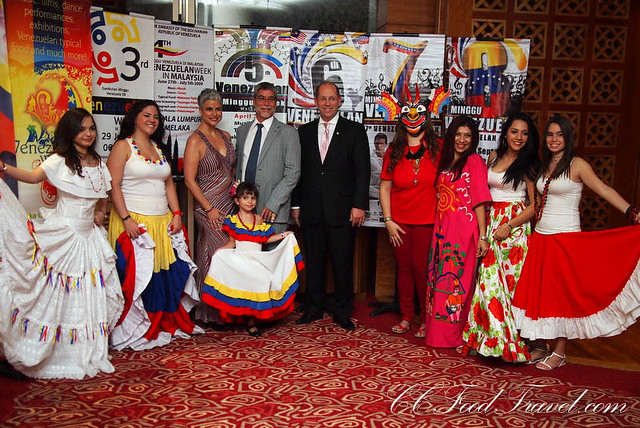 Well, we in KL might not be able to witness the world’s highest waterfall, Angel Falls, Salto Ángel, plummet from great heights, but we will be able, for one week, starting from Monday 23rd of September 2013 until Tuesday the 8th of October, to enjoy the culture and gastronomy from Venezuela. This will be the 8th time that the Embassy of the Bolivarian Republic of Venezuela in Kuala Lumpur will be hosting this exciting week here in KL. For a complete schedule of events for the 8th Venezuelan Week, go here. 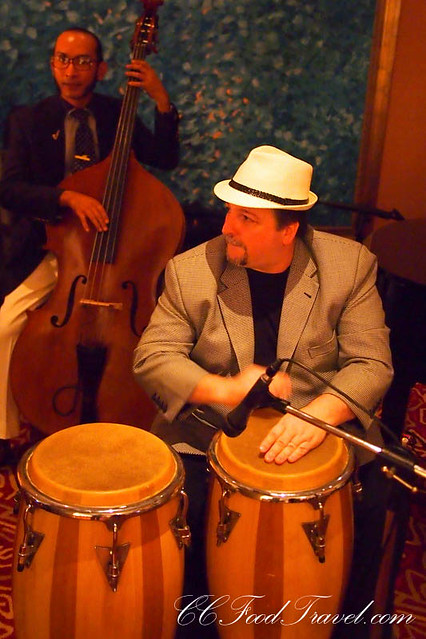 Some of the highlights include , the Nelson Gonzalez Trio who will be performing at the Dewan Filharmonik Petronas on Wednesday, October 2nd at 8:30pm. The one night performance will showcase cuatrista Nelson Gonzalez accompanied by Julio Morillo on Maracas and Angel Torres on the Bass, playing some cool Latin American beats such as the bossa nova, the tango, bolero and Jazz.

And if you really love to boogie to Latino music then the grand finale, the “Venezuelan Party” held at the Prince Hotel and Residence Saturday October 5th at 8:30pm is a must. Info on where to get tickets are at the end of this post.. The party will feature its signature hora loca (crazy hour) where guests are made to dress in various costumes and masks while dancing to salsa and Latin music.

And for all those foodies out there, pay a visit to Eccucino, Prince Hotel and Residence Kuala Lumpur, as visiting Venezuelan Chef, Tamara Rodriguez will be cooking up a storm here for a week (1st – 8th of October 2013). Look out for Arepa – the native bread made from ground corn, water and salt into a plain fried corn pancake and filled with meat, cheese or vegetables; Empanada – Deep-fried cornmeal turnover filled with chicken, ham, cheese, fish or meat; Cachito – Hot croissant filled with chopped ham and or cheese; Cachapa – Thick, slightly sweet pancake made with maize and served with mozzarella-type cheese (queso guayanesa); Hallaca – Traditional Christmas and New Year dish made from chopped beef, pork and chicken with green peppers, onion, garlic, tomatoes, raisins, olives and various herbs and spices all mixed into maize dough. It is then wrapped in banana leaves and steamed; Hervido- soup made with chunks of beef, chicken or fish and native vegetables or roots; Pabellón Criollo – Venezuela’s national dish, consisting of shredded beef mixed with black beans (caraotas negras) and cheese, served with fried plantain (cooking banana) and rice. 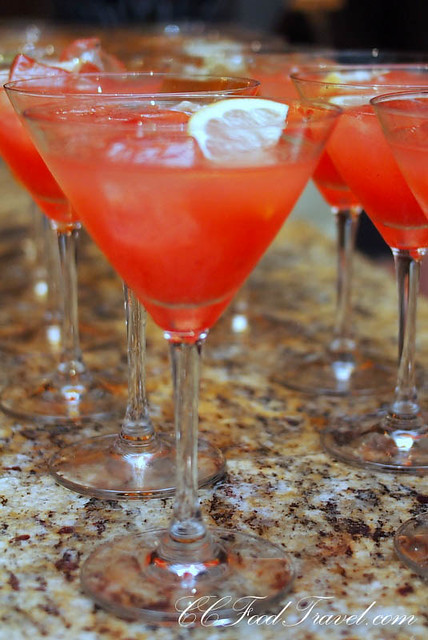 Venezuelan inspired cocktails will also be served. This Venezuelan themed buffet will be on from October 1st – 8th, and will be priced at RM98++ per person.

There will also be activities such as photography exhibitions in UKM and Taylor’s University, cooking workshops in Taylor’s University and Berjaya University College of Hospitality, music workshops in Universiti Teknologi MARA (UiTM) and International College of Music (ICOM); and a film festival in Nottingham University. The Malaysian public will also get a chance to learn and understand about Venezuela’s long history with the newly established Bolivarian Lecture Series, named after The Liberator, Simon Bolivar. The Lecture Series is in collaboration with Universiti Kebangsaan Malaysia (UKM) which will serve as a platform to share a more in-depth study on Simon Bolivar’s relevance and contribution to today’s leadership and politics. 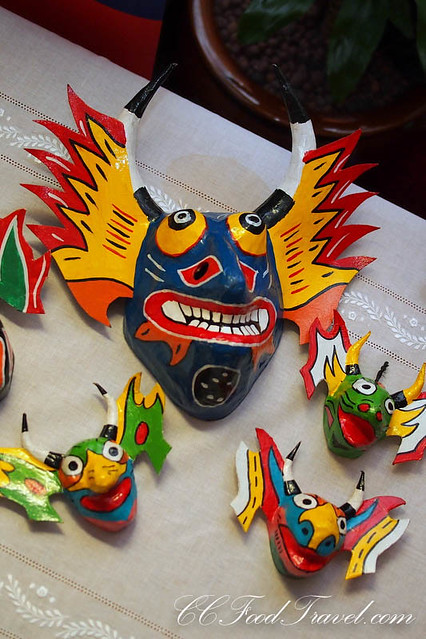 And what on earth are those masks about?

Well, these are actually the masks worn by folks, during the festival of the Dancing Devils. 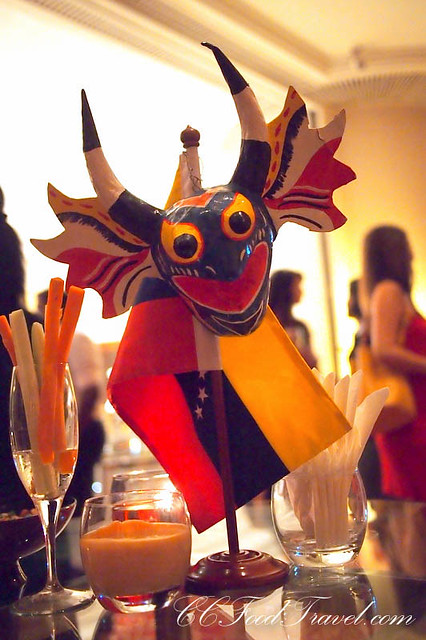 In San Antonio de Yare in the coastal state of Miranda, Venezuela, Catholic mass is held each year in honor of the Feast of Corpus Christi in late May or early June. As part of the festivities, “Dancing Devils” honor the patron saints and show their devotion to Saint Francis of Paola. It continues with the dancers wearing grotesque masks stomping and whirling, raising papier-mache masks painted a rainbow of colors toward the sky. 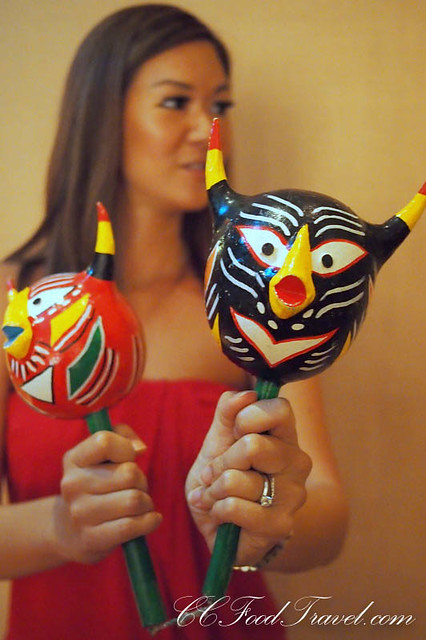 The devils dance to the music of traditional string and percussion instruments and move through the streets of the town as worshippers carry maracas to ward off evil spirits. At the climax of the celebration the devils kneel and surrender to the Sacrament, symbolizing the triumph of good over evil, and they are blessed by the priest. This religious tradition arrived in 1582, and hence has 400 years of history in Venezuela.

For more immersion into Venezuelan culture and arts, do check out this incredible Venezuelan week of festivities. 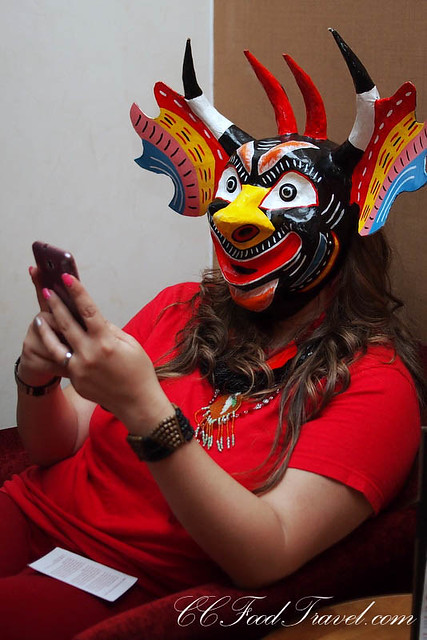 Yes, this is the dancing devil… can I help you? 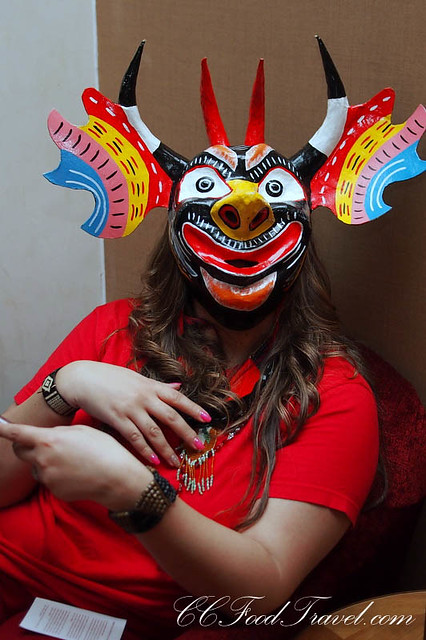 Follow me on Instagram : @agentcikay
Please show us some FB LOVE, thank you!
For more info and the time table of events, check out :
8th Venezuelan Week in Malaysia
Venezuelan Party
For further details:
[email protected]
+6 03 2163 3444/45
thevenezuelanweek.blogspot.com

Today I want to talk about Petite Millie. Petite Millie is an extension of the flagship restaurant Millesime, located in Menara Kencana Petroleum in…