It was the case of the Flying Wantan noodles, that brought us out to lunch at Simon’s Delights one fine afternoon…

How high can you go? 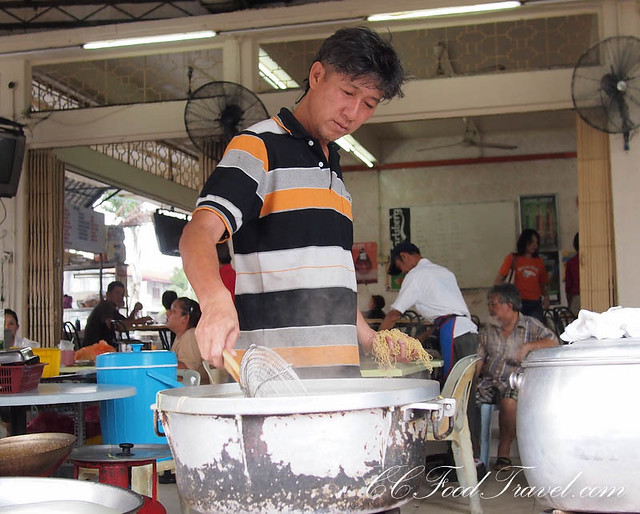 Or How high can you fly?

Tossing the wantan noodles to new heights – that’s what this guy does for a living.

He can be spotted at Restoran Simon’s Delights, tossing the wantan mee to cool it down. His incredibly skilled antics shows that he’s probably been doing this a long time. When asked, the cook says he used to work at a similar coffee shop in Seapark square. He says he plays badminton in his spare time, and you can tell where his strokes come from too. Check this out.. 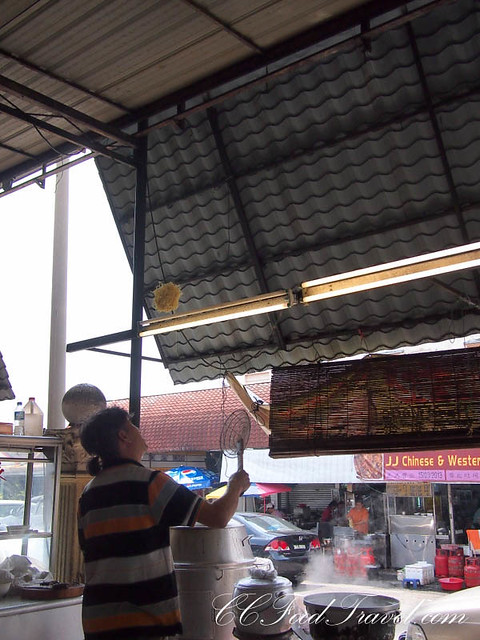 He tosses it left, right, up, down… 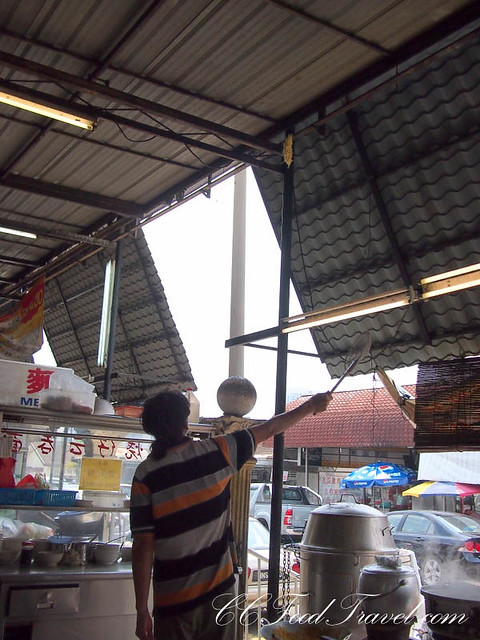 with each time, it climbs higher and higher.. he never misses a beat, like as though he is having a one man rally in badminton, the noodles being the shuttlecock! 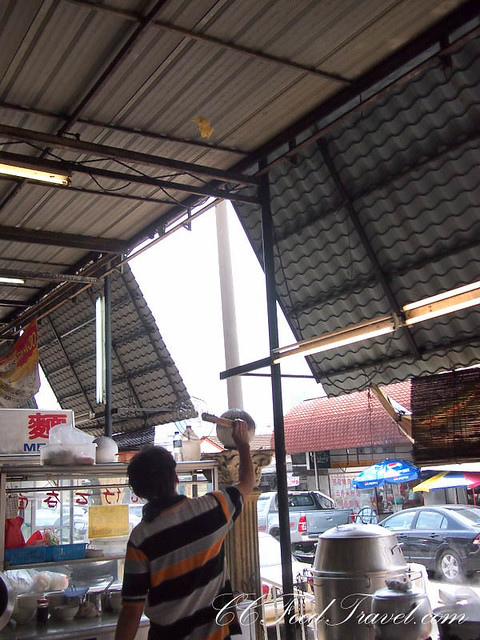 I hope he doesn’t scrape the ceiling.. that would be pretty gross.. “kar liew” (adding flavour) as the chinese saying goes

The noodles are not bad- not the best we have tasted but OK. And while some parts of the charsiew (BBQ pork) were hard, some parts were actually nicely caramalized in a balanced fat lean ratio. Even if not the best wantan mee in PJ, it is still pretty entertaining to watch the man. I preferred the wantan and soup here better. 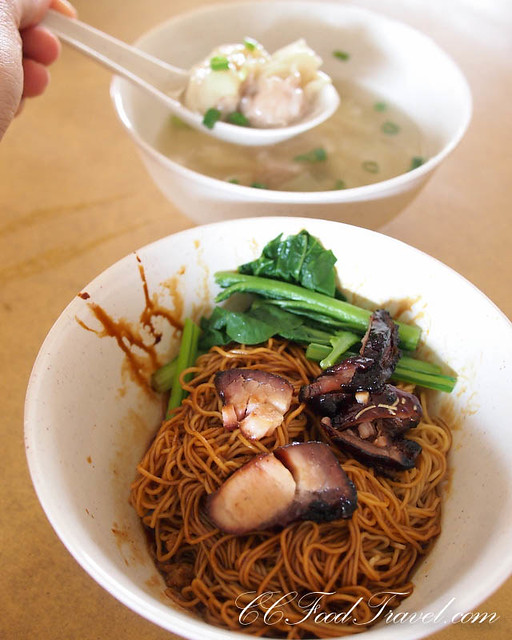 If you don’t enjoy wantan mee, the same stall also cooks up pork noodles. We haven’t tried this so let us know how it fares if you have tried any of them.

At Simon’s Delight though, they sell an excellent, Gai Wo Bao, which translates to ‘Chicken Nest Bun’. Basically this is a white, fluffy bun (like a bao, but larger and flatter) stuffed to exploding point with Loh Mai Farn (as in the glutinous rice in Loh Mai Gai), that in turn is stuffed with Chicken, Mushrooms, Pork and Salted Egg Yolk. This makes it just the ultimate starch-lard meal of the day. This one is not as sweet as some other places. It’s a rather filling dish so you can just eat it as a meal in itself. 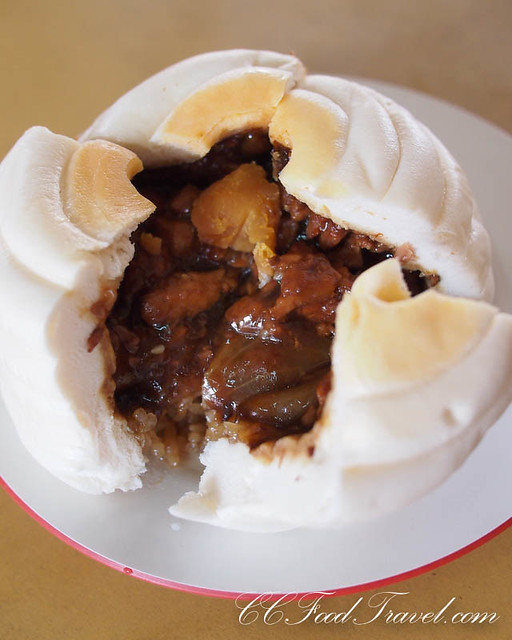 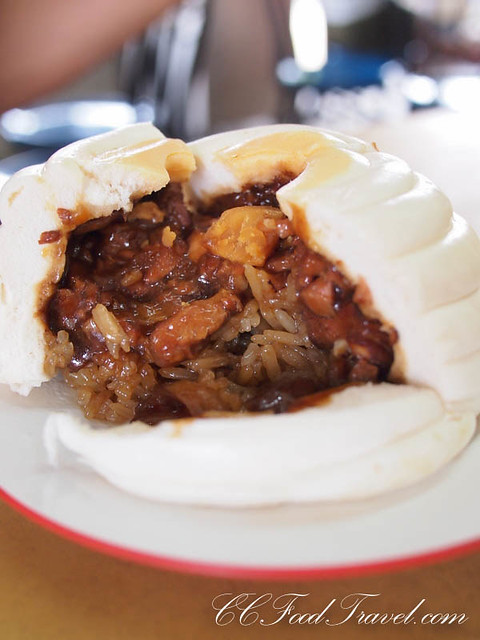 loads of ingredients – it’s so filling ! 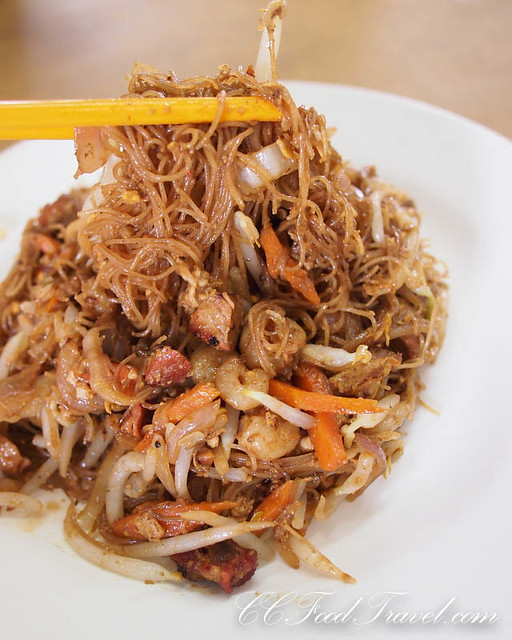 Another stall at Simon’s Delights also does a respectable Sing Chow Mai Fun. Good wok-hei(smoky wok aroma), flavour and tons of ingredients – value for money. They have other specialties such as salted fish fried noodles, sambal fried noodles and a variety of dishes with frog leg meat. Not the cheapest stall but pretty good tasting.

The mega-monster, Gojira, is back on the big screen for the 29th or 30th time since its premiere in 1954. The early press screenings…