Two weeks abroad and one massive hankering for Hokkien Mee..

One of the great things about being away, is coming back to some good old fashioned Chinese hawker food.

And one of the great things about getting home on the weekend means loads of time to go on that scavenger hunt for some nice, pipping hot street food.

I always feel possessed to look for fried Hokkien mee every time I have been away too long. 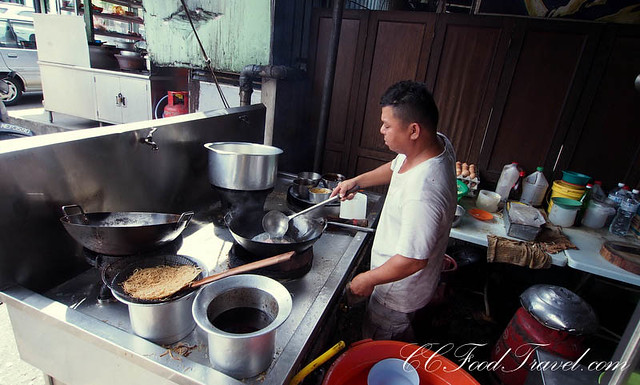 Well one of the tastiest fried Hokkien mee joints we just discovered is in a rather old part of town in Cheras. Taman Midah to be precise. It’s not a new place, but it’s fairly new to us. Since we discovered it, we’ve eaten there half a dozen times already. My friends who live in the area are familiar with the shop, but they had no idea the Chinese fried noodles here, were that tasty. 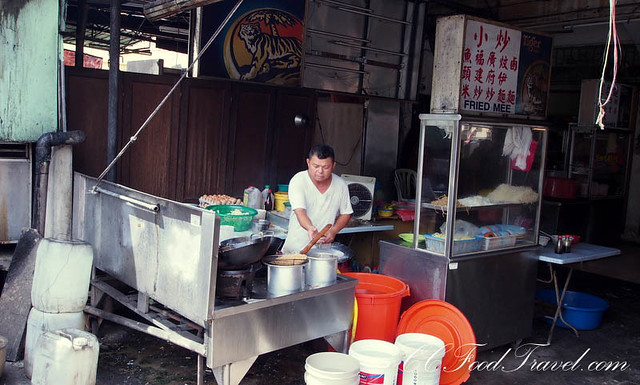 And let’s be frank, every single Malaysian, man and woman, swears they know where to get the best Hokkien mee in town. Attempts to disagree, with this information will be met with a scathing look or worse, a tense verbal parlay of why theirs is the better fried Hokkien mee. Once you reach this point in the conversation, things will quickly degenerate into a hostile bickering involving, a blow-by-blow breakdown of ingredients and cooking methods of this wondrous, lard infested, black noodles and which one is the fairest (or should I say darkest) of them all, in the land. 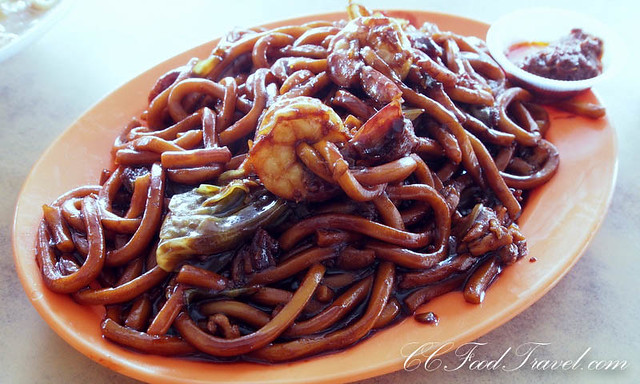 It’ pretty funny when you think about it. Everyone is an expert. But funnily enough, everyone is right because, it really is a subjective matter.

So now we will introduce you, to our favourite. For the moment. It’s pretty hard to beat. 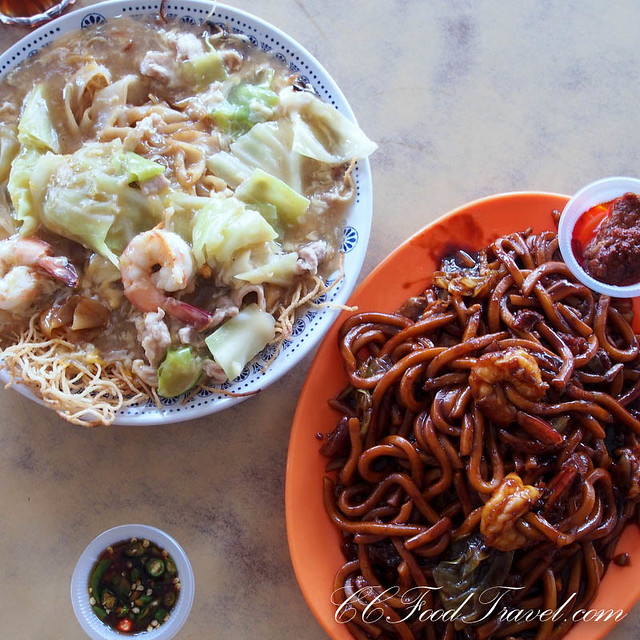 Restoran Two One Two in Taman Midah does some ridiculously cheap and tasty noodles. And the portion of the noodles for one person is massive – it could easily be for two. And this big plate of fried Hokkien mee costs just RM6 bucks. The prawns are humongous too.. how ever do they make a profit?

The flavour is hard to describe.

You know, we often tell people that that “flavour of old” where the lard and sauces of the ingredients of the Hokkien mee, have been so expertly braised and for sufficiently long, that they go back into the noodles, is gone. If not gone, then really hard to find.

This place has that. It rocks. 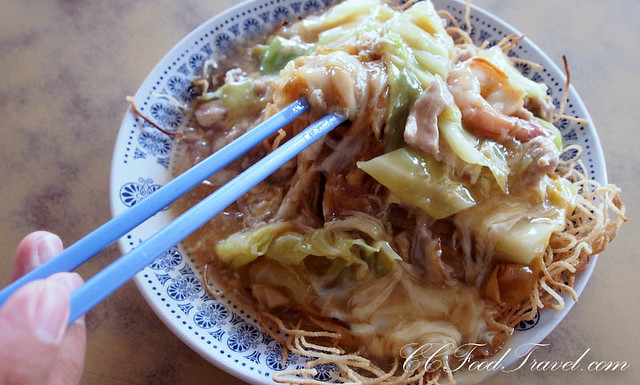 Also top on our lists of recommendations at Restoran Two One Two, is the Ying Yong (combination of hor fun/flat rice noodles, and deep fried mihoon) that’s drenched in a light, whispy egg sauce. It’s served to you with the rice vermicelli still crispy, and you mix it up and let the thickened sauce soften the noodles. The accompanying ingredients, again are huge – prawns, pork meat and vegetables. The serving is so large it doesn’t make economic sense (but who am I to complain) and again all that as a single portion for only RM6. 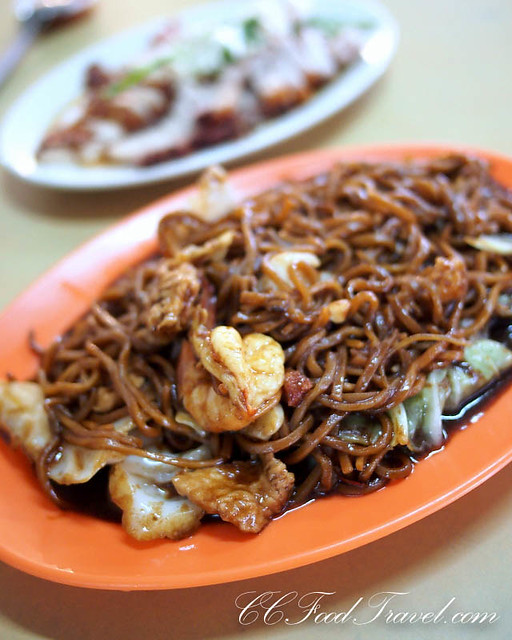 It’s a good thing, having your craving satisfied in one afternoon! Hokkien Yee Mee is another noodle option too that was extremely tasty 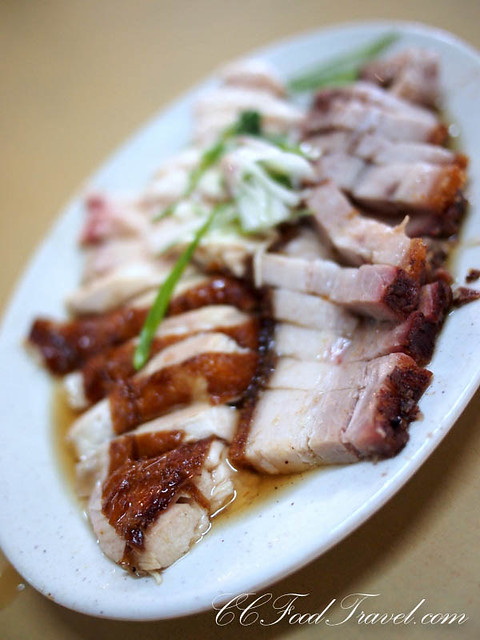 Restoran Two One Two’s Siew Yoke (roasted pork) is nothing to shout about, but the roast chicken is pretty good. Be warned – MSG levels are high. 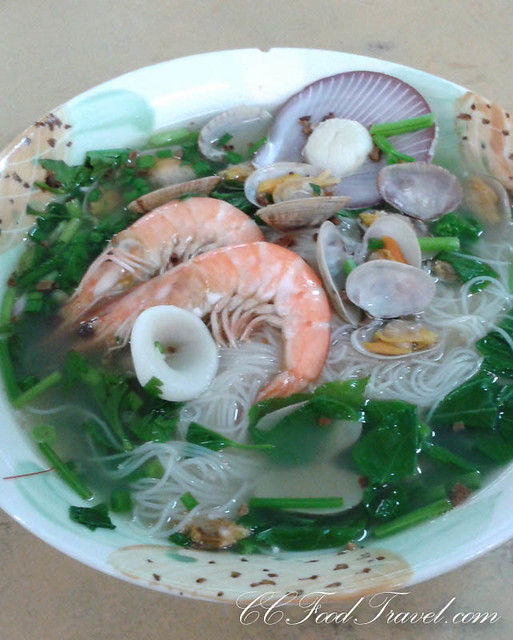 There’s a lot to shout about at this coffeeshop besides the fried noodles. At a another stall, the seafood noodle comes to you in a large bowl. A stack of large prawns, squid, baby clams, and scallops lay above the noodles and soup. At RM6.50, it’s a steal and you are not about to complain even if the seafood didn’t come fresh off the fishing boat. To quench your thirst, order a mint herbal tea. Served hot or cold, the tea leaves are a minty coolness in your throat. The only other place that serves mint herbal tea to our knowledge is coffeeshops in Perak. You can be sure, we will be back to try out the rest of the food stalls.

The Wine Fiesta 2014 organized by Straits Wines, was back, and with it, a dynamic lineup of top winemakers and a plethora of new…