We were recently invited by Moët Hennessy Diageo Malaysia, to Prime, Le Meridien Kuala Lumpur, for a wine lunch with Cape Mentelle. There we met Robert Mann, Estate Director of Cape Mentelle along with Kate Lamont, West Australian Chef and Ambassador, who prepared a spectacular 5 course meal to compliment the Cape Mentelle wines that were tasted. As I was seated right next to Rob, the Cape Mentelle’s famous winemaker, shared his perspective on Margaret River’s striking Cabernet Sauvignon blends and its bracing Sauvignon Blanc/Semillon duos. Beloved as much for its tremendous surf as for its spectacular wines, the beautiful Margaret River region is surrounded by water on three sides. Cape Mentelle was one of the first wineries to be established in Margaret River and its vineyards were planted in part by David Hoehnen, who then went on to establish New Zealand’s Cloudy Bay Vineyards. 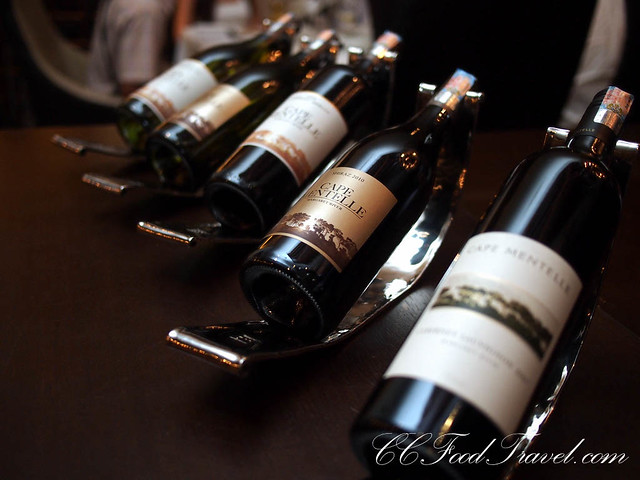 Born and raised in Western Australia, Rob Mann comes from a long lineage of winemakers, and as Estate Director, he works closely with viculturist Ashley Wood. Speaking to Rob, we learned that he was responsible for introducing new imported clones and rootstocks to create a broader spectrum of flavours in the wines, replanting vineyards at closer density to improve the flavour intensity of the grapes, and minimising as much as possible the use of artificial fertilisers. 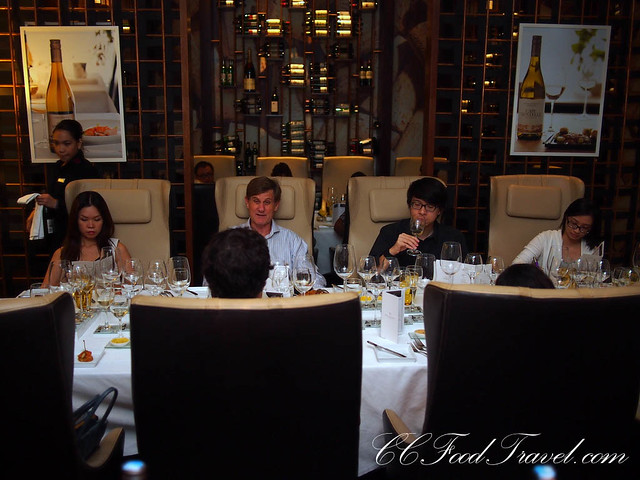 In the winery, we heard stories of how Cape Mentelle has invested in an automated fruit-sorting table to insure that only top quality fruit of optimal ripeness finds its way into the wines. Rob also introduced sterile filtration for red wines (the wine flows through a membrane fine enough to remove micro-organisms) – a move wine critic Huon Hooke applauds as it eliminates the risk of Brettanomyces, a spoilage yeast which if left uncontrolled can ruin a wine. Rob’s grandfather, legendary winemaker Jack Mann, pioneered sterile filtration in white wine, and would never have been able to create Houghton White Burgundy without it.

So, bring together Rob Mann and Kate Lamont and what you would get is a terrific pairing of fine and highly drinkable wines, with exquisite food. 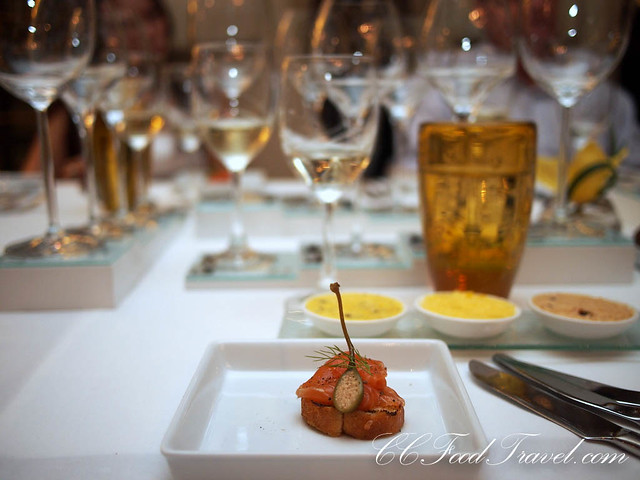 This first pairing of a smoky, rather sweet, salmon gravlax with the bracing Sauvignon Blanc/Semillon duo, was pretty ingenious. Pale straw with lime green hues, this punchy and fruity first white wine, lifted the sweet flavours of the salmon very well. The wine had aromas of lemon, blackcurrant and papaya with subtle hints of fresh thyme and cordite that were unusual to me and gave the wine tons of personality, I thought. 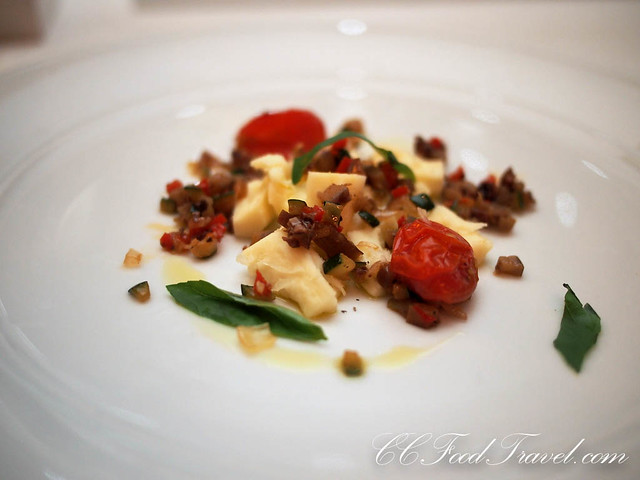 To the nose, the Cape Mentelle Chardonnay 2010 aroma resembles that of lemon rind, grapefruit and jasmine combined with almonds and a smokiness that can only be described as gun smoke! This wine lent the highly textured but flat tasting mozzarella plenty of flavour and brought out the acidity in the tomatos. The Cape Mentelle Chardonnay was still very much a fruity wine but with ever so mild oak influences in the background that delivered a balanced flavour to the wine. 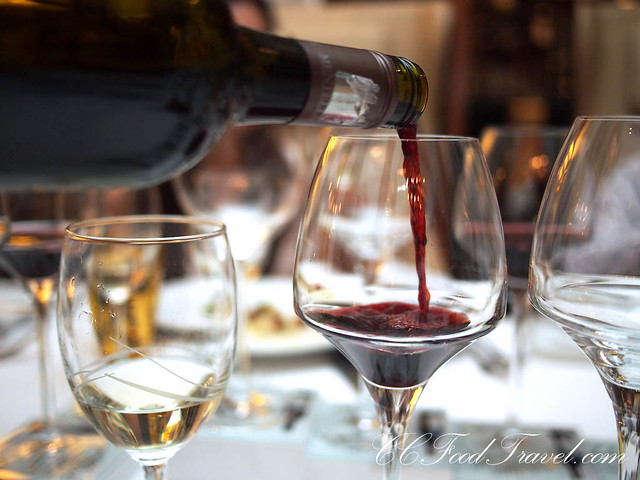 On to the reds.. first red for the day – the Cape Mentelle Cabernet Merlot 2008 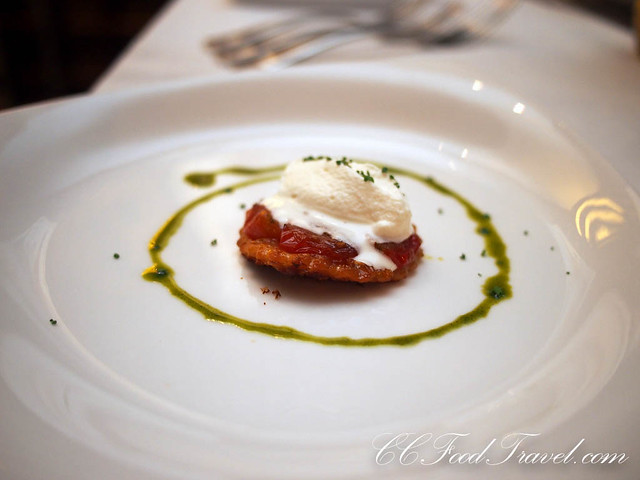 This Cabernet Merlot blend takes inspiration from the classic red wines of Bordeaux. It was a complex, medium bodied red wine, richly textured with blackcurrant, liqueur cherry and hints of sweet vanilla. This when blended seamlessly with the softer merlot produced an approachable wine that complemented the sweet and juicy tomato tarte tartin to perfection.

Seared Scallops with Oxtail and Parmesan Wafer, paired with the Cape Mentelle Shiraz 2010

The Margaret River region has a very similar climate to the renowned Bordeaux region of France, a fact that inspired the region’s pioneers, such as Cape Mentelle, to plant the classic Bordeaux varieties of cabernet sauvignon and merlot along with Australia’s favourite red variety Shiraz.

To the nose, the Cape Mentelle Shiraz 2010’s aroma resembles that of deep dark brambly fruits of blueberries and mulberries, combined with subtle spices of nutmeg, cardamom and black pepper – the fact that this wine was heavier with tannins really helped cut through the gaminess of the oxtail, whilst enhancing the juiciness of the scallop. The saltiness of the mozzarella wafer added depth and dimension to the dish. 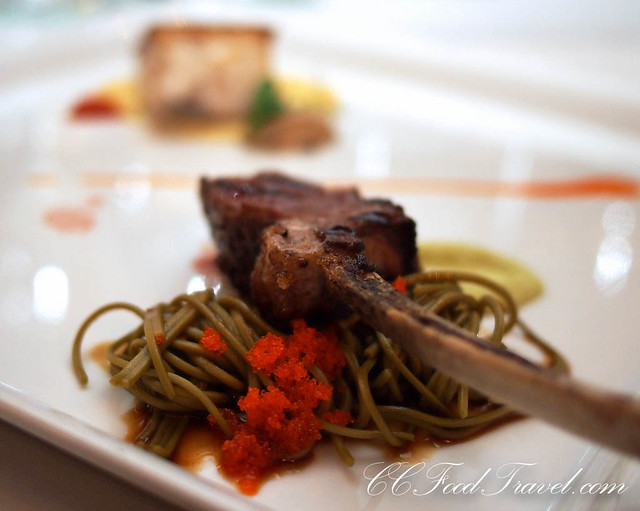 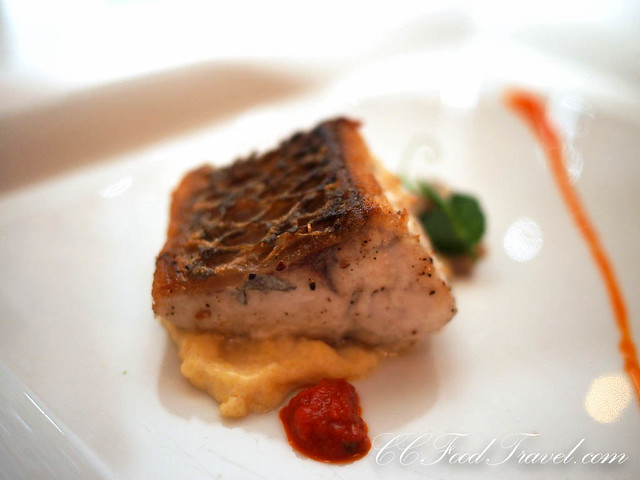 Another magnificent Cabernet from the benchmark 2007 Margaret River vintage is the Cape Mentelle Cabernet Sauvignon 2007. Opaque black crimson in colour this wine had a refined nose revealing perfumed aromas of violets, blackcurrant, mulberry, cedar and spice. The palate was medium to full bodied, slightly dry but with a balanced tannin structure. It was this firm gravelly tannic characteristic that went terrifically well with the lamb. The surprise however, was that when this same wine was paired with the fish i.e. the Barramundi , it completely took on a new dimension and instead of being tannic, the fruity intensity of the cabernet sauvignon shone through this time. Unusual, surprising and really rather good! I would not have imagined the same red wine complementing two very different meats, but it worked. 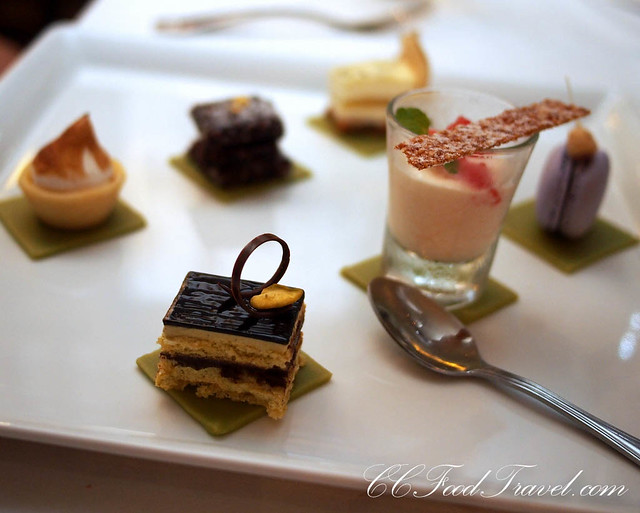 Today’s Chef in the Spotlight, is none other than Ritz-Carlton KL’s soft spoken, executive chef who hails from Brittany, Chef Yoann Bernard. We managed…