The Glenmorangie’s Soundform Fluid bar Event at the Gardens last week, was a real eye opener, to say the least. Designed by Philip Michael Wolfson and on display at the North Atrium of The Gardens, Mid Valley City, the Soundform Fluid Bar looked like a hulking piece of modern art, that a crane had lowered into the middle of the concourse area. That night, there was an intermingling of interesting people, whisky, finger-food, and a chance to see the specially designed bar that’s the talk of the spirit town. It combines a surround sound experience with a design that looks like, well, a soundwave!

The SoundForm Fluid is an awe-inspiring representation of the brand’s philosophy on ‘Unnecessarily Well Made’. It is a creative showcase and extension of the philosophy behind Glenmorangie’s complex single malt whisky brought into being. 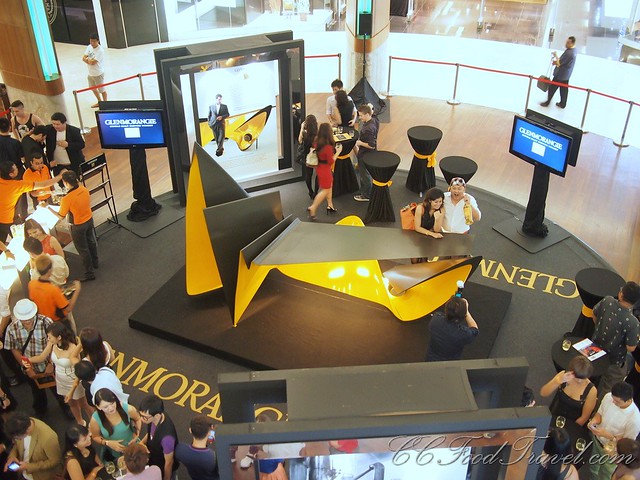 According to Philip Michael Wolfson, this, SoundForm fluid structure, was conceived as a visual representation of the wavelength generated in pouring a liquid into a crystal glass. Basically the idea was for sound to be conveyed and transformed into a tangible object. The sculpture was birth through the visuals of the audio recording of sound created by the pouring of liquid into a crystal glass, where the subsequent graph, or sonogram, recording was used as a base profile, or visual, instigating the geometry.

In this work, you have the movement of the pouring of the liquid which creates this languid, rhythmic motion, the reaction between the glass and the liquid and then, the resulting stillness as it settles. So basically the main focus in on the sculptural form of the fluid structure, and the bar itself is only secondary to this but is added, so that the person interacts with it. Cool concept, but I wonder how much they paid for it. Must have been an arm and a leg. And then some. 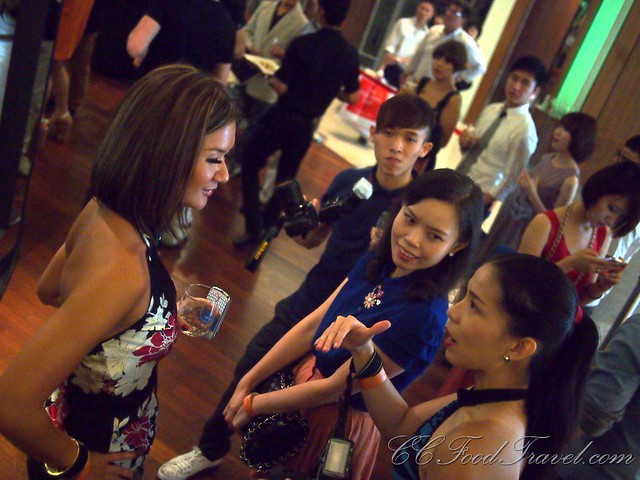 Ciki, Ivy and Angeline, speculating how much the SoundForm fluid structure cost.. *wink* 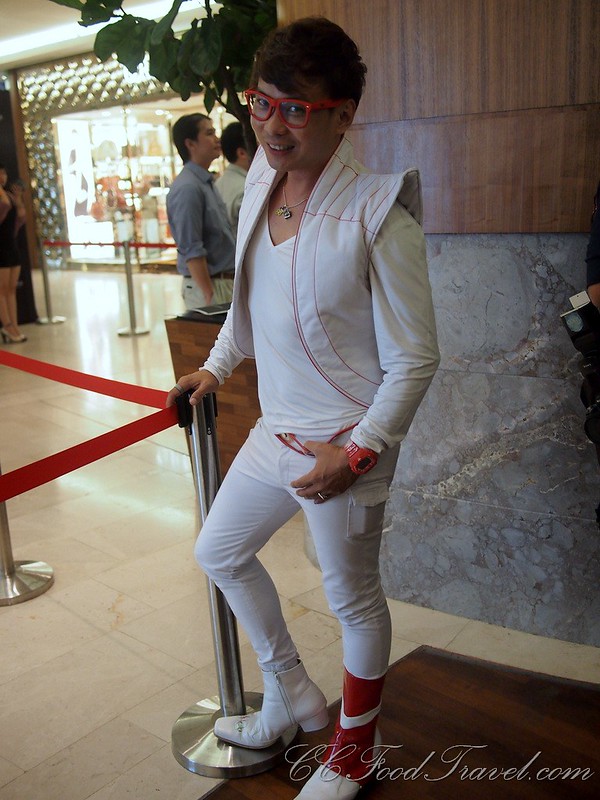 Oh, you stylish dresser you. Where did you get that look from.. NICE 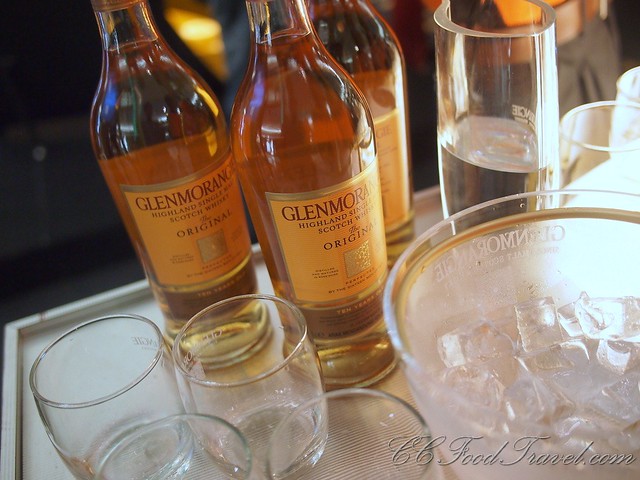 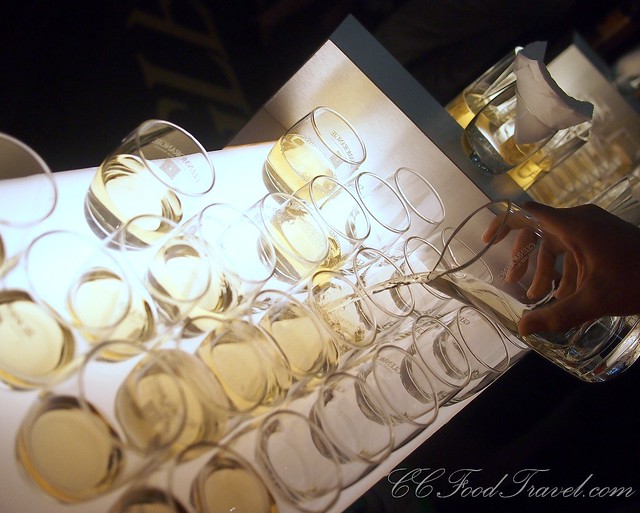 Midway through the night, there was a Glenmorangie Single Malt Tasting session, then followed by an after party at Nero, Vertigo featuring Manufactured Superstars (USA). The DJs were sorry to say, lousy but the tipple more than made up for it;) 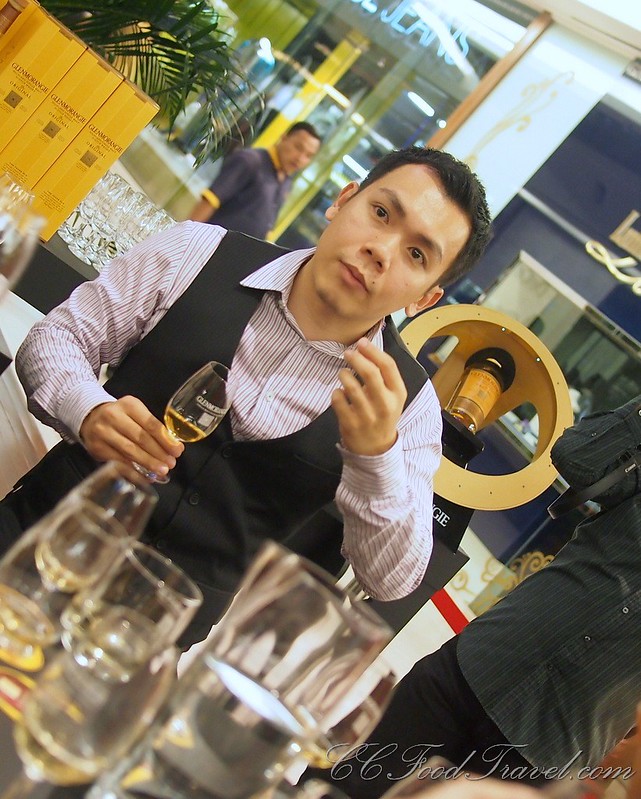 At the single Malt tasting session, very professionally handled by Ben, there were 3 different types of Glenmorangie Single malts to try – The Original, Lasanta and Astar. Of these, my favourite was of course, the Astar. Across the oceans, far away on a secluded Missouri hillside, stand oaks that are perfect for the maturation of this whisky. In the shade of these north-facing slopes, of the Ozark mountains, the oak has actually grown slowly enough to create a spongier and more porous wood. This sort of wood is perfect for taking in the spirit and imparting the maximum amount of flavour.

At its Tain distillery in the Scottish Highlands, Glenmorangie employs the tallest whisky stills in Scotland, ensuring only the purest vapours are used in the spirit. The Astar, meaning ‘journey’ in Gaelic, has certainly come a long way. 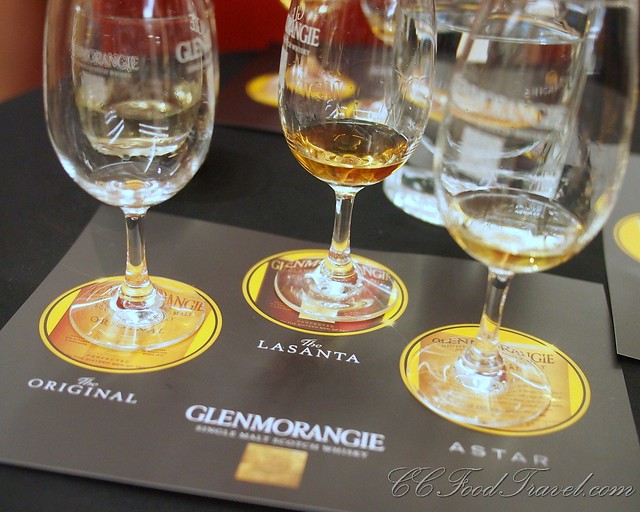 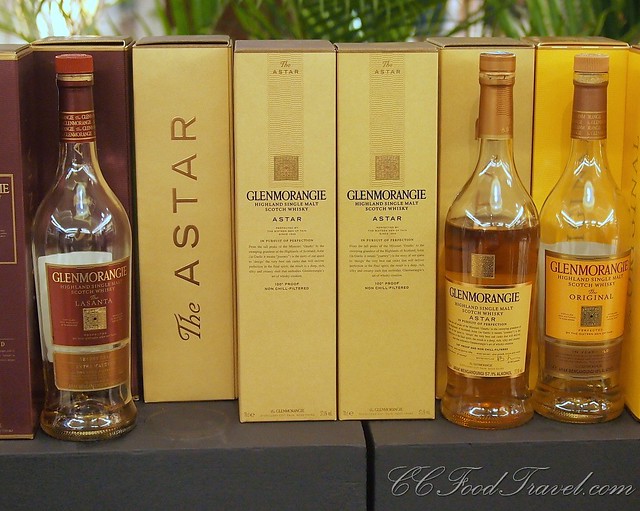 Astar won my heart that night 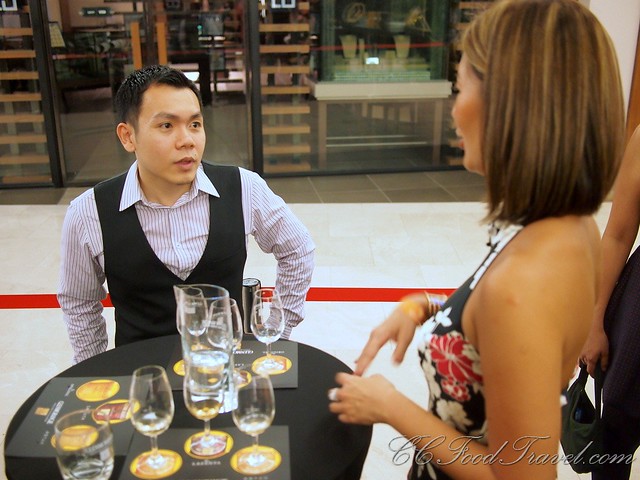 To the naked eye, the Astar’s color is bright gold and it has a rather long and smooth but spicy finish. Inhaling deeply into the glass, you will notice a characteristically sweet smell, not unlike that of caramel or toffee and also hints of warm cinnamon and deep aniseed spices. The lag on the glass and the vapour in your mouth should be an indication of its high alcoholic content – a whopping 57.1% Upon tasting the Astar, the layers expose flavours of crème-brulee, apricots, and hints of vanilla. Finally the finish is long and smooth with a lingering mix of honey and almond, coconut perhaps and traces of aniseed. I really liked the Astar. It’s a drink to swivel in your mouth and savour. Not gulp. 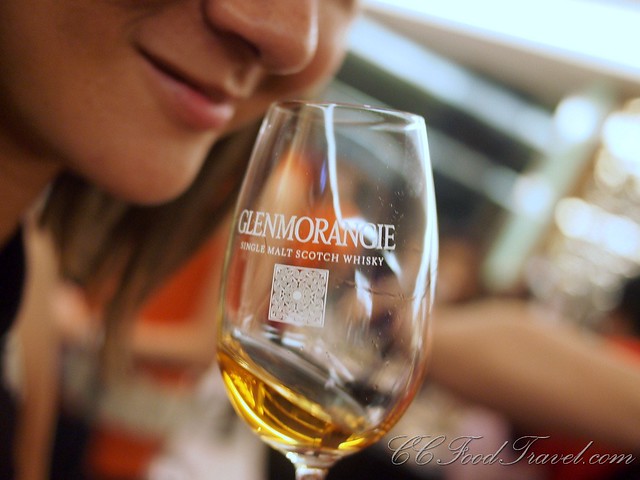 The last part of the night, sees us partying the night away, at Vertigo, The Gardens KL. All in all a great night out with Glenmorangie Soundform Fluid Bar.. and the Astar, being the bell of the ball. 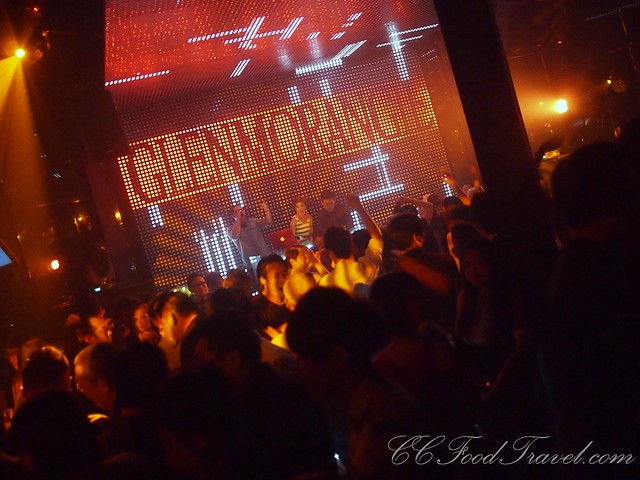 Who are these Manufactured Superstars (USA) and where did they come from.. they really sucked man 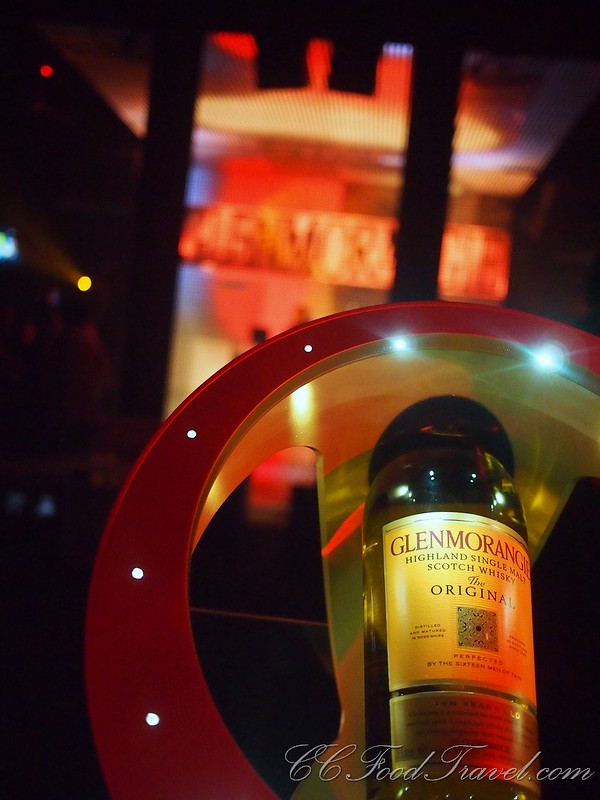 And all the party people yell, Glenmorangie!

Happy #traveltuesday my wonderful readers! How goes it? Here is my buddy Nellie who hails from Singapore but is living in Spain, with a…