Plot: From filmmaker Andrew Stanton comes John Carter-a sweeping action-adventure set on the mysterious and exotic planet of Barsoom (Mars). John Carter is based on a classic novel by Edgar Rice Burroughs, whose highly imaginative adventures served as inspiration for many filmmakers, both past and present. Taylor Kitsch stars as John Carter, a civil war veteran whose search for a mysterious gold cave inadvertently leads to his mysterious transportation to Mars, where the change in atmosphere gives him super human strength and agility (naturally). Unknowingly John has escaped one civil war only to find himself in the middle of another, with various tribes and alien races at war for the right to rule Barsoom (the native word for Mars).

Featured are green skinned six limbed behemoths named “Tharks”, blue skinned chrome dome watchers of the galaxy known as “Holy Therns”, and a beautiful red skinned humanoid princess named Dejah Thoris (Lynn Collins) who is forced to marry her enemy (Dominic West) in order to save her city of Hellium from annihilation. John Carter, becomes embroiled in a conflict of epic proportions amongst the inhabitants of the planet, including Tars Tarkas (Willem Dafoe) and the captivating Princess Dejah Thoris. In a world on the brink of collapse, Carter rediscovers his humanity when he realizes that the survival of Barsoom and its people rests in his hands.

We friggin LOVED it! The Plot and story line was spectacular, and no wonder, as Stanton’s first venture into live action filmmaking (previous credits include animation classics Toy Story, Monsters, Finding Nemo and WALL-E) finds the right balance between vintage action fantasy and modern day blockbuster film-making. Also, fans of John Carter will be happy to know that Andrew Stanton really expanded nicely on the Barsoomian religion, Goddess Issus, Barsoomian astronomy and the superstition of the Tharks in the movie. For those who loved the book, Stanton used a lot of the key scenes in the book, with many memorable pieces of dialogue lifted straight from A Princess of Mars. Not to mention the whole mythology of John Carter himself — his huge mansion, mausoleum etc. John Carter is a lot like an entertaining rehash of Indiana Jones. Those, who are looking forward to “the lore” aspect of the film aren’t going to be disappointed. 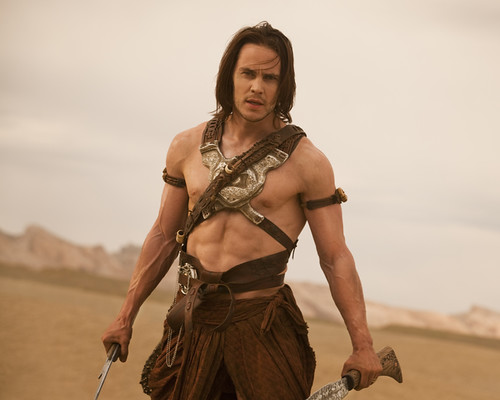 Another key attribute to this film’s success is the casting of Taylor Kitsch as John Carter, who in look and action makes a great hero, leaping vast distances and fighting the bad guys while showing off his fighting fit physique. John Carter is the first of three films released in 2012 with Kitsch at the lead (the others being Battleship and Savages). Fab – I can’t wait to see more of him! Lynn Collins is also well cast as the beautiful yet deadly princess – she looks fit and ripped and every bit the fighting, tough as nails princess warrior. But the best performances are of the motion capture variety, with the alien creatures superbly crafted by its VFX team and portrayed by the likes of Willem Dafoe and Samantha Morton. Adding to the humor and heroic feats is Woola the frog-dog creature who is simply too cute as well. 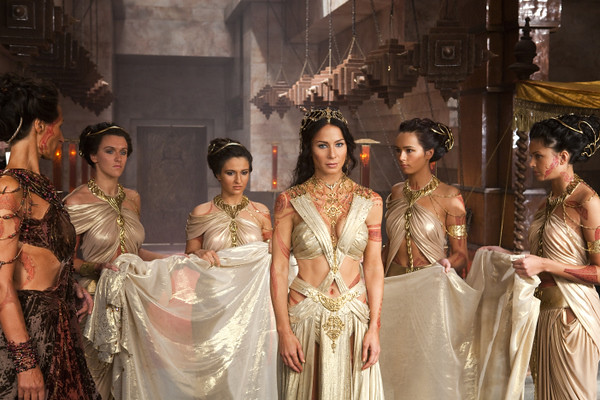 There has been much fretting about the quality of this $250 million picture. Rest assured Stanton has created a blockbuster worth the money spent and worth spending money on at the cinema. Stanton having been involved with Pixar in his earlier career dedicates John Carter to Steve Jobs. We think it’s a fitting tribute as this movie has the excitement and fine execution worthy of dedication. We watched it on 3D IMAX which added a new realm to the viewing experience.

And folks – there are some fabulous prizes to be won, thanks to the good people of Disney! Here are the Limited Edition, John Carter high value prizes you stand to win.. 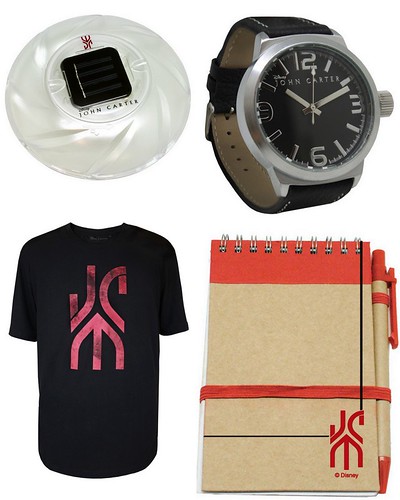 All you need to do is answer these simple questions and Write it on the CCFoodTravel Fanpage:

Winners will be selected based on correct answers (no.1) and most creative answers (no.2).

Terms & Conditions:
Closing date: 15th of March 2012
Winners will be announced on the CC Food Travel Fanpage Wall and here on this blog.
This contest is open to EVERYONE.

The illusive Aunty Christina’s Sarawak Laksa.. Well to me anyway. We usually only make it out in time for a late lunch, and since…