Today’s Chef is in the Spotlight, is Chef Miguel who hails from Trujillo, Peru. He used to be the Chef for Diego Maradona’s Football team, which was no easy feat. Listen to his tale, on how he coped with cooking for the big boys! Chef Miguel currently heads the kitchen at Ristretto Cafe in Mont Kiara, KL.

1. What were your favorite foods growing up in Peru?

This may sound cliché but my favourite food was CEVICHE and CABRITO cooked by mum. My family lived by the beach thus there was always plenty of fresh seafood available. I incorporated my version of CEVICHE in Ristretto’s menu and you’ll see plenty of seafood, of course, adapted to the types of fresh seafood that is available in Malaysia. My 2nd favourite is Cabrito which is stewed lamb. We are currently roasting lamb on our Brazilian bbq every Friday and Saturday so there’s a little bit of every thing I like on the menu. 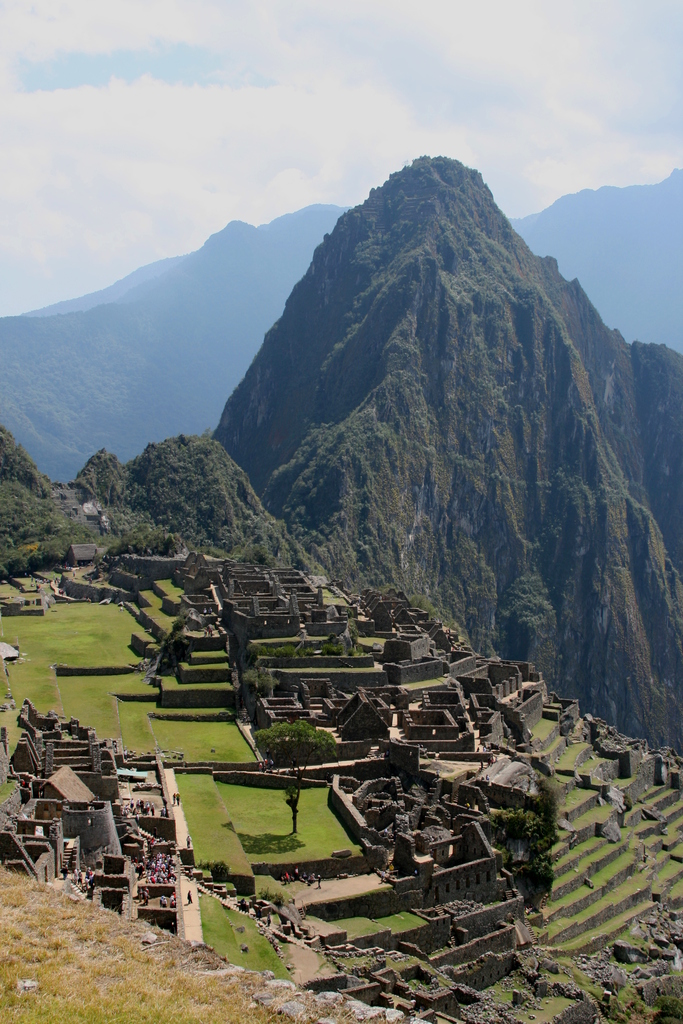 2. When did you decide you wanted to be a chef?

I think my interest was influenced by my Japanese heritage. My grandfather used to kick me out of the kitchen (He was Japanese and I had to learn the language in order to get along with him). He used his Japanese cooking skills with Peruvian ingredients. These kind of immigrants to peru spawned many interesting dishes such as Tiradito and Lomo Saltado. We do Tiradito by special request at Ristretto as most Malaysians compare it to Sashimi which it isn’t. This misperception led some folks to believe that it is an inferior product. Tiradito is strictly about the intricate flavours of the Aji Amarillo (Aji are the peppers native to Peru) and the different sensations it has on the tastebuds. The choice we made to use salmon was based on the fact that we can import a good supply of fresh salmon to Malaysia. As such, we have decided to introduce more staple Peruvian dishes which we hope Malaysians can start to enjoy.

3. Where and when did your career in food begin?

My career started in Peru but I am so privileged to be in this industry because it has taken me to so many places. After graduating in culinary arts, I decided to expand my horizons and exposure by spending each season in a different country. Summer contracts sent all along the coast of south America (Ecuador) while winter contracts had me going to the Andes mountains. My first few years were spent  in different countries such as Brazil, Argentina and Chile. After which, I made a big decisions to revisit my roots. More or less my last 8 years were spent in Japan and this is where I really picked up on Japanese culinary skills which are really well regarded around the world. I believe this is where I really grew up as a chef so to speak. Japanese culinary arts focus on fundamentals and planning to create a masterpiece. Japanese chefs break down a menu like chemistry to the basics and build it up again into a masterpiece. One could say that my career in food really began in Japan because the attention to detail and passion for good food taught me so many substantial and useful skills which I use in my cooking today. Of course, I incorporate my own creativity into each item that I cook. 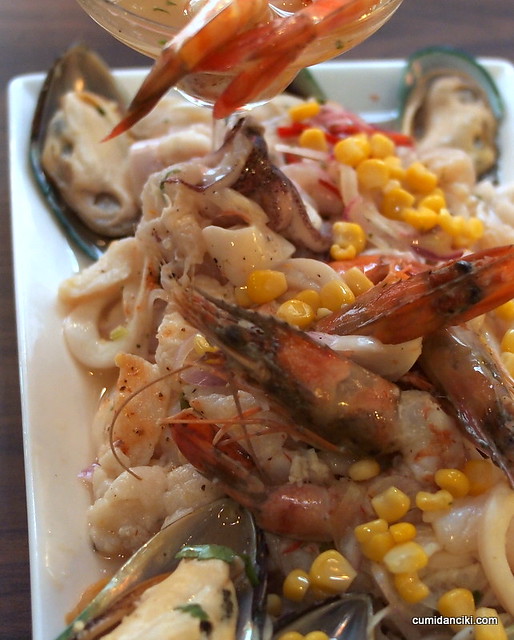 cheviche – typically made from fresh raw fish marinated in citrus juices such as lemon or lime and spiced with chilli peppers. Additional seasonings such as onion, salt, and pepper may also be added. Ceviche is usually accompanied by side dishes that complement its flavors such as sweet potato, lettuce, corn, or avocado

4. If you didn’t become a chef, what would you be?

I would be a Formula One Racing Driver. I absolutely love cars!

5. Who/what has shaped your cooking the most over the years?

My dad. His ability to create a masterpiece with just a few leftovers in the fridge still amazes me.

6. What are your favorite culinary weapons in the kitchen?

Knife sharpener. The importance of a sharp knife can’t be explained in words. Flexibility and improvisation are key elements.

7. What influences your cooking style and particularly your menu?

My heritage, my global experiences and the available fresh ingredients.

8. What is your favorite secret ingredient and why?

Its a secret, I can’t tell you!

9. What was the most challenging meal you had to make? Why?

Every dish is a challenge. As a chef, we challenge ourselves to make every dish absolutely perfect. 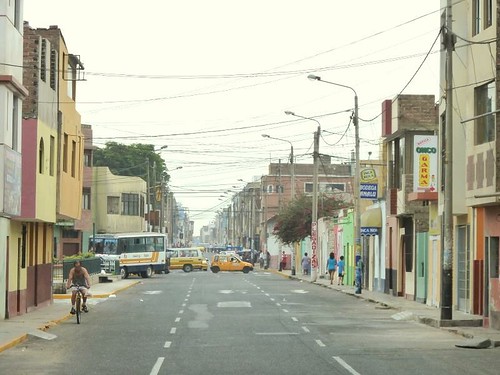 10. What was your worst restaurant disaster?

I would not say that there has been a disaster of any significance but to err is human. The critical point is to be able to recognise the error, how it happened, how it can be resolved promptly and even to salvage each and every scenario and finally, to learn from the error and manage future errors effectively.

11. What is your least favorite food?

I eat durians, so there isn’t really anything I won’t try!

12. What is your beverage of choice? 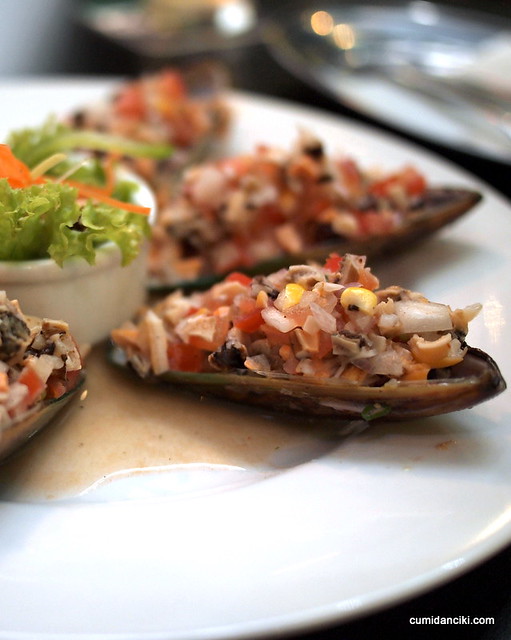 13. What are some recent dining and culinary trends you have been observing?

I think the idea of gastropub is really evolving and we will see a trend where people want to go to one destination for both quality food and beverages.

14. When you are not eating at your own restaurant…you are eating at?

Pick me up after work, I’ll show you !

15. Which foreign country inspires your style most?

Peru. Purely for the wide variety of cuisines, each town has different cuisines and you could never try them all!

16. What was the most spectacular meal you have ever had?

17. What is your best cooking tip for a home enthusiast?

Anything in the fridge!

19. Finally, what is your advice for all those new, up and coming Chefs out there?

Its a difficult career, be prepared to be humble and to learn from experienced chefs with plenty of heart and soul. You need to have passion and confidence, and the rest will fall in place!

Ristretto Cafe,
the Fare @ 10 Mont Kiara,
Jalan Kiara 1,
50480 Kuala Lumpur.
Tel: +603-6211-1183
Directions: Drive towards Plaza Mt Kiara.  Just past the Plaza, and before you hit Wendy’s turn right into Jalan Kiara 1. Drive till the end and you will see a new building/condos. Ristretto will be located in the building on your left, on the Ground floor.
[mappress mapid=”23″]

So which is it? Selayang or Tokyo? Oh, we remember the good old days. Back before we started the blog. And yes, we have…