We were recently invited to the Winemaker’s Dinner Party held at Prime, Le Meridien Kuala Lumpur. This was also a guest appreciation night and the staff had transformed the dining area of Prime Restaurant, into an open space with wines stations strategically located around the area – ideal for mingling and testing out the wines on display. 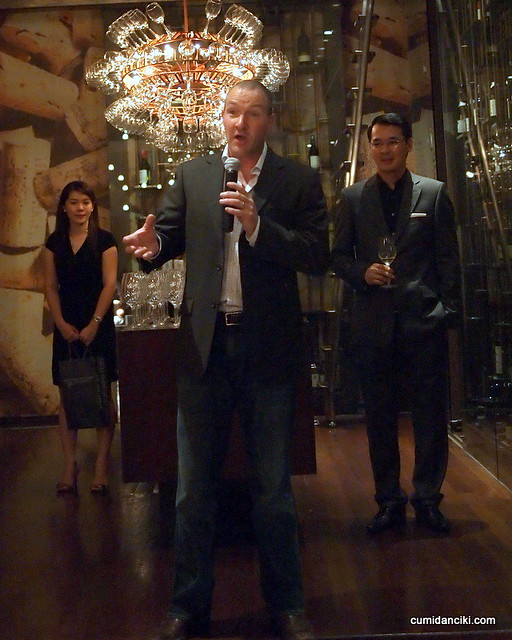 We also had the honor of meeting world reknown, winemaker, Mr Paul Bridgeman who introduced us the the following wines from Yarra Yering. The Chardonnay 2007, Pinot Noir 2007, The Dry Red Wine No.1 2005,  The Dry Red No. 2 2006 and last but not least, the Underhill Shiraz 2005. All these wines,  are aged in the old world fashion. Of these, my favourite was the Pinot Noir, as it had a fabulous oak-y flavour, and richness/firmness combined with fresh fruit typical of the grape.

Upon chatting with Paul Bridgeman, we found out that both he and Yarra Yering, were born in the same year and in the same valley, i.e. they both grew up in the Yarra Valley and as Yarra Yering celebrated its 21st year with a cracking 1991 vintage, Paul celebrated his coming of age by graduating with an Associate Diploma in Farm management from Melbourne University’s Glenormiston campus in Victoria’s Western Districts. In the ensuing years he worked 14 Yarra Valley vintages plus numerous others throughout Australia and overseas including Washington State, Gascony, McLaren Vale, Hunter Valley and the King Valley, culminating in the 2006 vintage at the revered Domaine Jean Louise Chave in Hermitage in Frances Rhone Valley.  Also during these years he completed by correspondence his Bachelor of Applied Science, wine Science at Charles Sturt University.

He was then appointed winemaker at Yarra Yering in 2008. Paul seeks to continue the evolution of this iconic vineyard allowing each individual part of it to find and express its own voice and individuality. The aim is to produce wines befitting the pedigree that has placed Yarra Yering in the very top echelon of Australian wine producers.Yes, Paul is a very accomplished winemaker indeed and we had a great time getting to know him that night.

Prime’s Spread.. For the carnivor in you.. 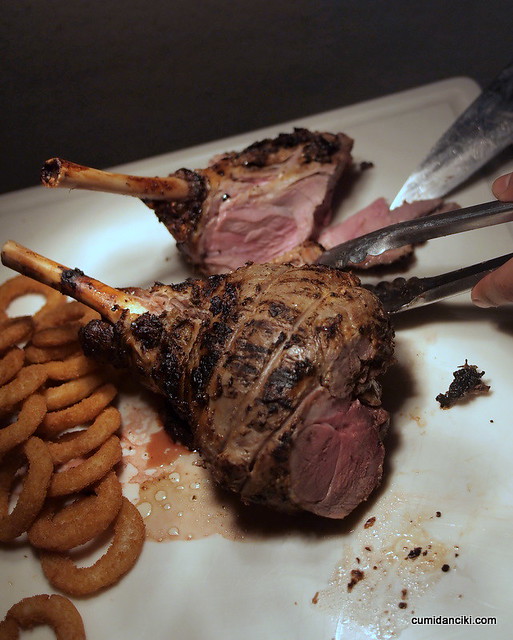 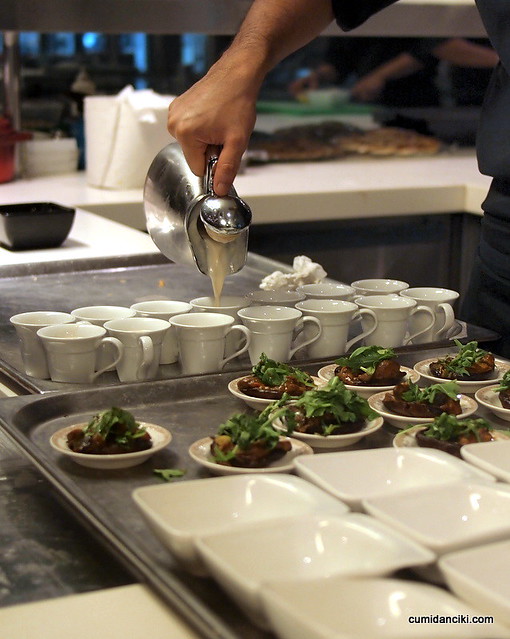 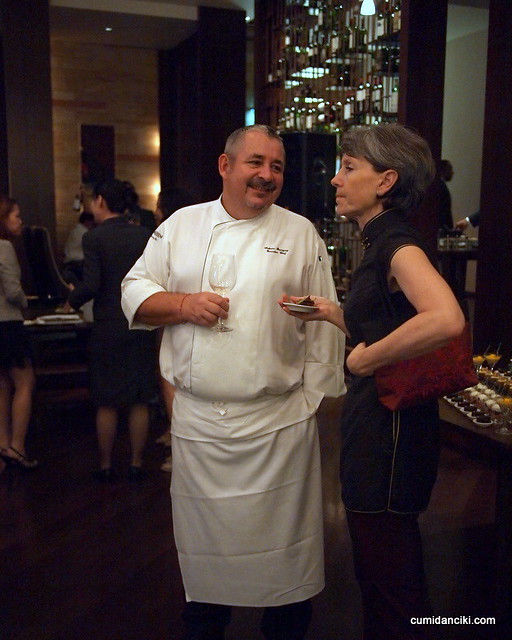 Chef Antoine chatting with the guests 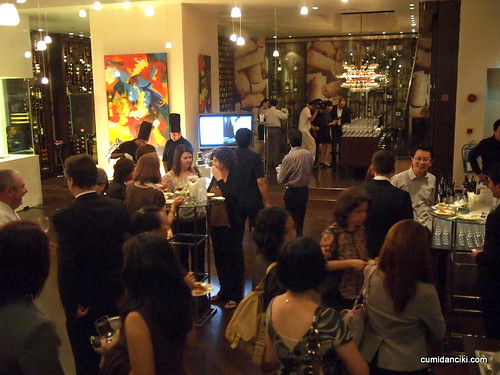 The converted space at Prime 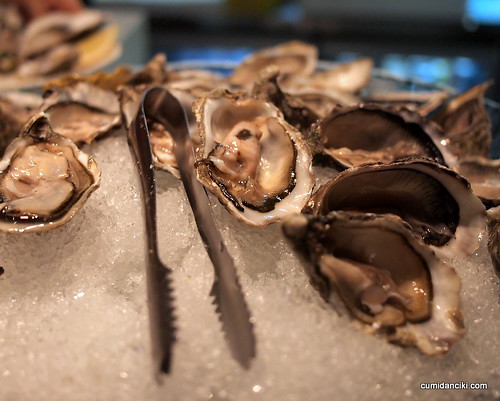 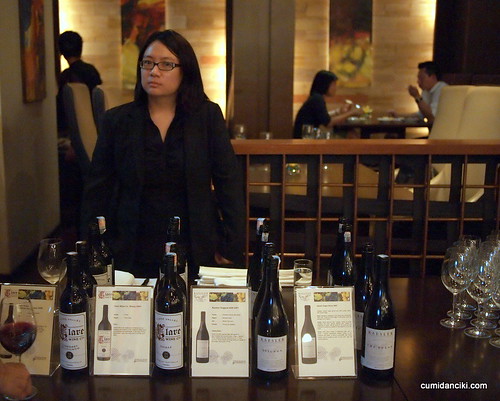 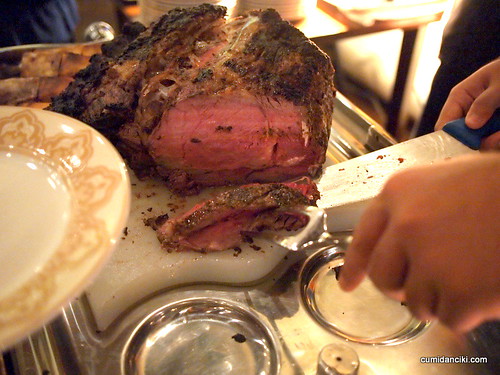 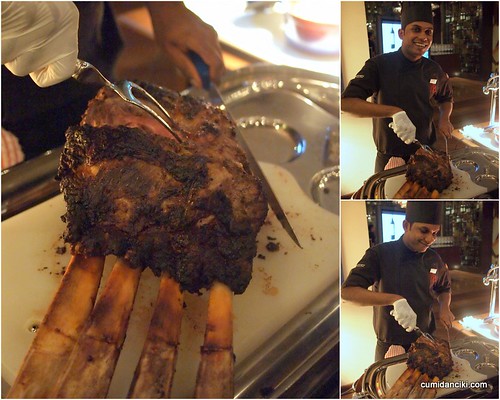 Hit me with your best steak.. 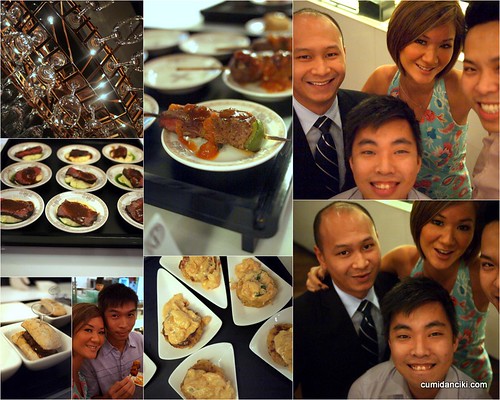 Shiny happy people drinking wine.. (a lil fat monkey’s face is chopped off, but he took the photo with his right hand.. don’t ask.. and not my fault!)

Chef Frankie Woo’s food is always a delight to eat. And this chef never ceases to amaze me with his knack for coming up…