Happy #traveltuesday readers! Today’s guest blogger is my buddy Adventure Rob, from the U.K. and this is the same guy we went to the Malaysian Night Market with. Rob had a great amount of time to explore South East Asia on his last trip here and one of the places he finds totally intriguing is Borneo. Anyway, here is Rob with his Travel Tip on 5 reasons you should visit Borneo..

The majority of people I’ve met who travel to South East Asia will visit Malaysia but not Borneo Island, which contains not just half of Malaysia but Indonesia in the southern part of the island and a whole country in the shape of Brunei in the center-north. This is a real shame because Borneo has many hidden gems to be discovered!

5 reasons you should Visit Borneo:

1. The World’s Biggest Flower
Borneo Island is made up mostly of tropical rain forest landscape and it is unique at that. The worlds biggest flower (the Rafflesia arnoldii to give it’s full name) calls Borneo it’s home. Spanning 1 metre in width, however they rarely bloom so do your research and planning in advance if you want a glimpse of it, not to mention its corpse like smell up your nose! Insects and small animals are attracted to its smell and fall prey.. straight into the center of the flower. Still this red  massive beauty is a real sight to behold.

2. The Proboscis Monkey & the Orang Utan 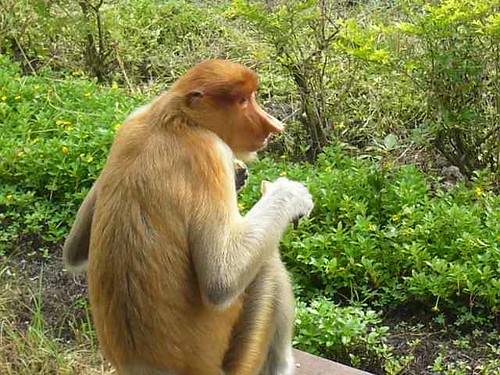 If you prefer wildlife to fauna and flora, then you are well catered for too. The Proboscis monkeys are endemic to Borneo island. They have unique noses and a beautiful color. The gorgeous monkeys are not found elsewhere in the world. There are a few places to see Orangutans in the wild too. Kinabatangan Wildlife Sanctuary (Sabah, Malaysian Borneo) is perhaps the most popular option, where wild orangutans are the easiest to see. 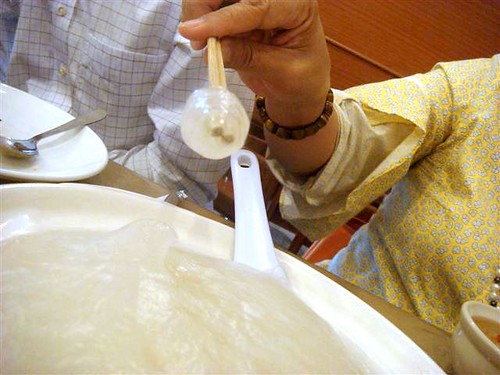 Food wise, Borneo opens up new boundaries too. Plenty of places will feed you “the rain forest” in their meals. Like any good place in Malaysia you’ll find different Nasi Lemak, but Borneo varieties will include some spices from the forest, not to mention the famous Kolo Mee from Sarawak and Ambuyat from Brunei that is an experience that will really “stick” with you! 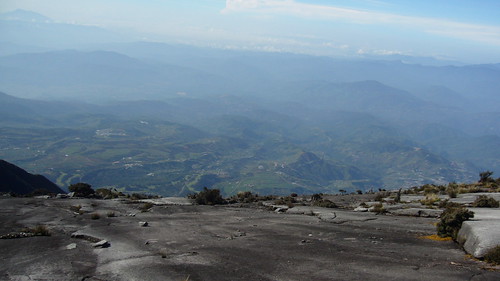 Of course in the north central you have the tallest mountain in South East Asia too – Mount Kinabalu, and it’s sports happy neighbouring city Kota Kinabalu. If the appeal of climbing a 4000M+ tall mountain doesn’t interest you then maybe the epic diving locations, white water rafting or jungle trekking nearby will. 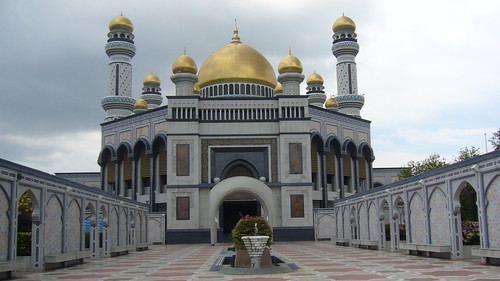 If for some reason you want to up your spending and experience another culture, then Brunei is the place for you. A generally restrictive and expensive country, Brunei (Bandar Seri Begawan) has it’s own currency which is kept at a 1:1 exchange with Singapore. Oil is the word that comes to mind when Brunei is involved, and you can see why when you’re there. This place is opulent, full of majestic mosques and hotels,  clean with roads that are wide, traffic free and in perfect condition (no pot holes whatsoever unlike other neighbouring South East Asian countries). It’s also a tax haven so a few rich expats have it as their country of choice if they are after a quiet life, quiet being the keyword here. This place is so dead by 8pm you’ll be wondering if you are in the twilight zone! Since no alcohol is served in most “known” places around town, the city literally is party free and shuts down by the time the sun sets. Yes, activities available are quite scarce, but you can certainly learn a bit about how Islam and oil combined can develop a country.

These are some of the interesting things available to do in Borneo, so don’t miss it when you’re in South East Asia. It is a cheap flight away and enhances your experience by leaps and bounds.

About this weeks Guest writer:

His name is Robert Fitzsimmons and he is a twenty-something year old from Portsmouth in England. He left his job on Christmas 2008 and started travelling and blogging about travel and the world! True to his word, Rob called me one fine day, when he had touched down in Kuala Lumpur and we met up for dinner and drinks and a stroll through the Malaysian Night Market. Cumi & Ciki spent hours chatting with this dude and found him a top notch guy – a streetwise traveler with a passion for photography.

As I stand quietly, patiently, camera trained in the right direction of Chef Daniel and Sage’s open kitchen, my focus can now fall on…