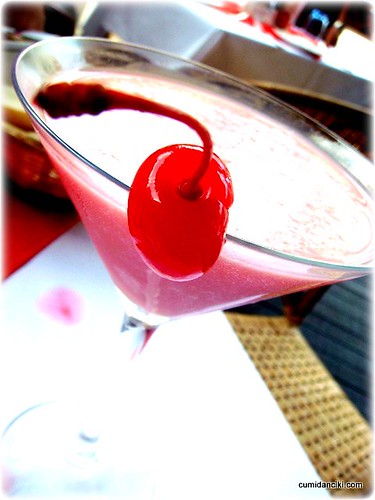 This is the Pink Reggae Girl.. and we are at the Reggae bar! 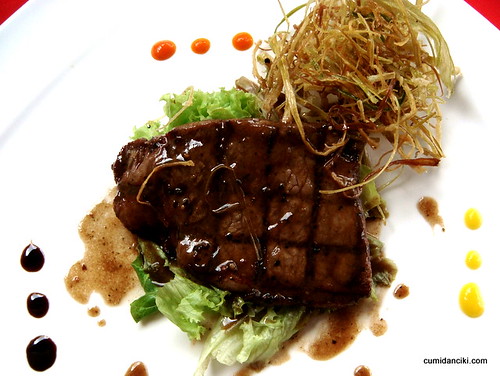 The Wagyu here whilst reasonably price for its weight of 100mg, was overcooked. Oh , what a shame that we could not fully appreciate the soft succulent fatty marbling and pink, medium-rare flesh in its full glory. This dish was forgettable. 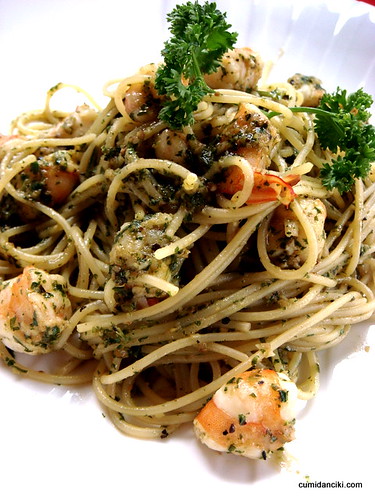 A truly well executed pasta dish. Delicious seasoning and pasta cooked to perfection. The prawn was so chewy and fresh tasting I almost felt it dancing around in my mouth. The pesto sauce added a real herby zing to the dish. Compliments to the chef! 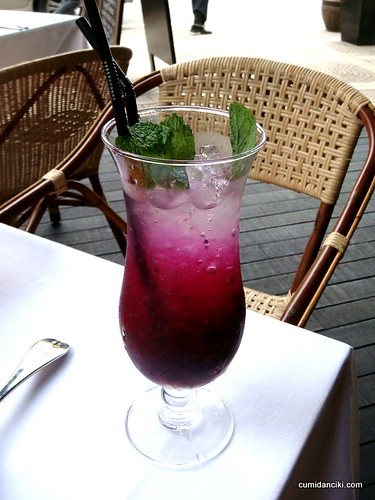 The dragon fruit Mojito was sweet and minty. There was not much of a Dragon fruit taste to it because as you well know, dragon fruit does not have a strong flavour to it at all, and this was quickly masked by the cloying and somewhat over-powering mint aftertaste of the mint leaves. Not really an effective Mojito concoction if you ask me. All we felt was the texture of the Dragon fruit, attributed to its seeds. Too sweet. 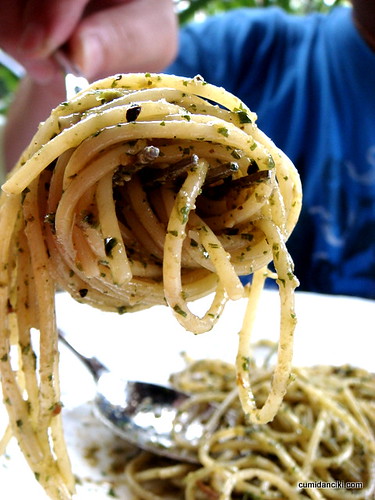 After a quick lunch.. we went on a Gelato Hunt. 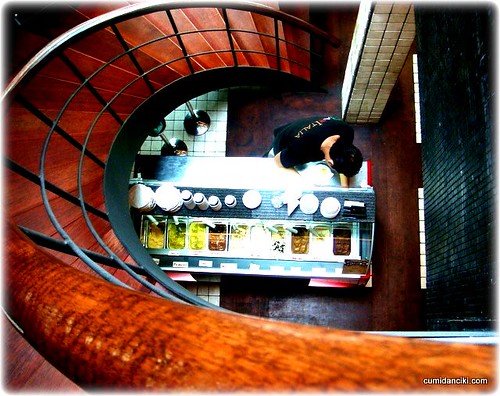 Not many people actually fully understand what Gelato is. I myself just use to think that it was Italian ice-cream. Dissatisfied with my lack of understanding, I went on a hunt for enlightenment. By far, the best article I have ever read on what Gelato is, is from David Lebovitz. Read his succinct write up here. 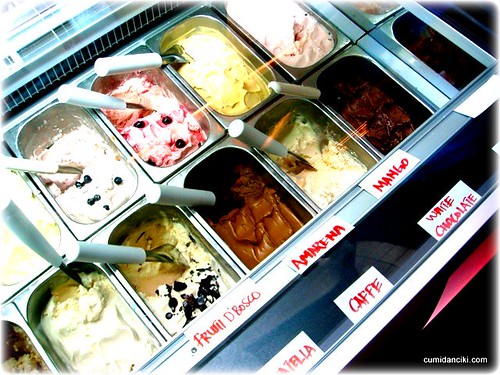 Differences between Gelato and Ice Cream

Many people not unlike myself, know that gelato is a lot like ice cream, but most don’t understand what makes this frozen dessert a particularly different sort of treat. Once I looked into it, the primary differences between gelato and regular ice cream became apparent.

First of all, gelato is denser than ice cream. The high amount of air in regular ice-cream actually ends up doubling its size.  As you can imagine, this makes the flavor weaker, which means you end up eating more air than the good stuff. 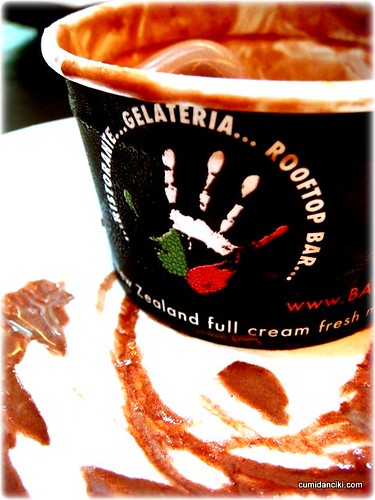 Secondly, Gelato also has less butterfat than standard ice cream. Regular ice cream has anywhere from 15 – 25% butterfat, while gelato has roughly 10% only (yay!), depending on the flavor. The difference comes from the fact that gelato is not made entirely with cream, but rather regular milk. This doesn’t compromise the taste. 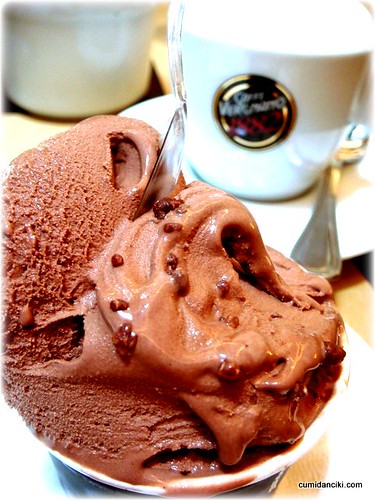 Since there is less fat, gelato does not need to be frozen as cold as regular ice cream and is kept at a lower temperature. This in turn makes it creamier and smoother than ice-cream. The taste is therefore richer but without adding excess unwanted fat.. How ingenious! 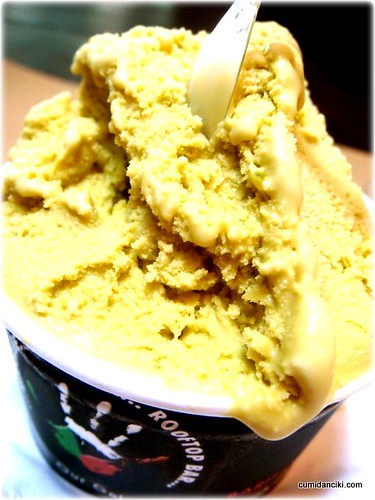 Apparently in regular ice-cream, too much butterfat in the ice-cream actually masks the true flavor behind a “fatty” taste. This lingering fat flavor makes regular ice cream very rich, but not really tasty or flavorful. Who wants to taste fatty, overly sweet pistachio? I’d much rather eat pure, rich and smooth pistachio essence/flavor in my cup!

Anyway, if you are interested, read all about Gelato  on Wiki. 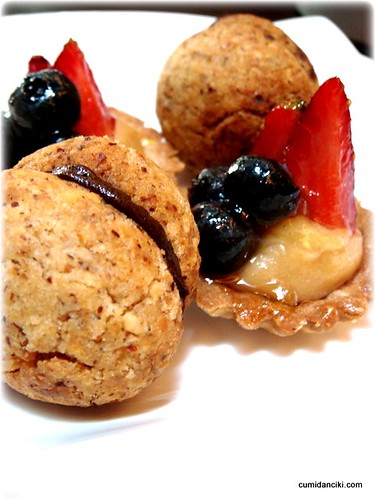 Desserts to go with our coffee..  now these were really sweet especially the tarts. The balls you see had a refrigerated taste which I did not really fancy. 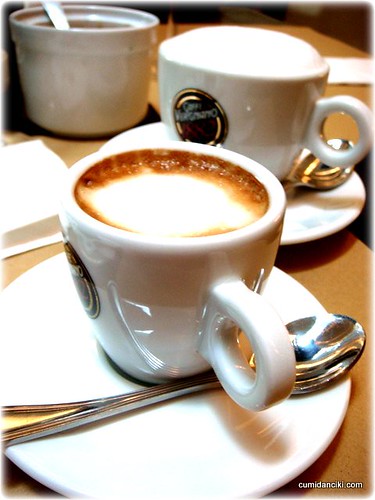 The espresso and gelato at Bar Italia are a must. The perfect pick me up, of the highest quality. 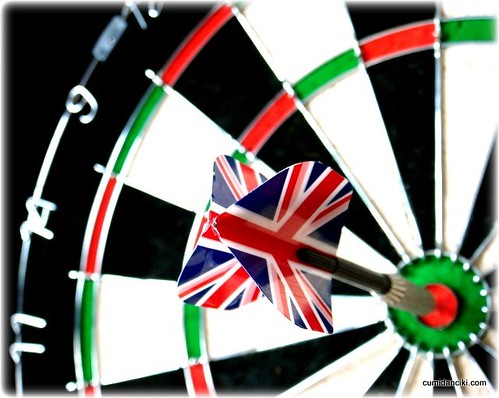 This is what I call hitting the bull’s eye in a dessert.

except Mondays 5.00pm till late.

Like your fresh ramen with some BITE? One fine day when Cumi was out and about, looking for a place to lunch, he met…