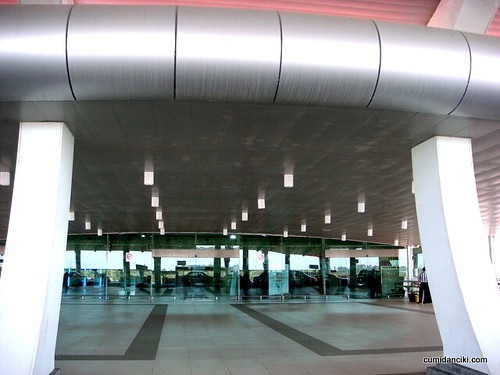 When I say, I am headed up north to Alor Setar for work, the normal question that I get asked is “What is there to eat there..?” Apart from the famous Nasi Lemak Ong and nasi-this and nasi-that, where can you go for some good chinese breakfast?

Before that, let me just add that Alor Star has a gorgeous little airport that would put many local airports to shame. It is spanking new and looks fabulously modern. I like it. 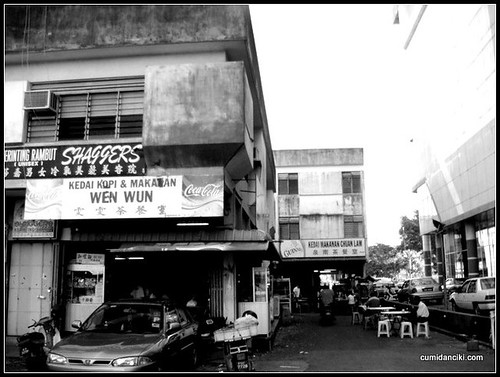 8.55am and I am met by my colleague from Penang. He drove and I flew. He says – I will take you the the best Prawn Mee (Har mee) in Alor Setar. Not as great at Penang, he quickly qualifies, but it will do for now. Check out the hair dressers called Shaggers! 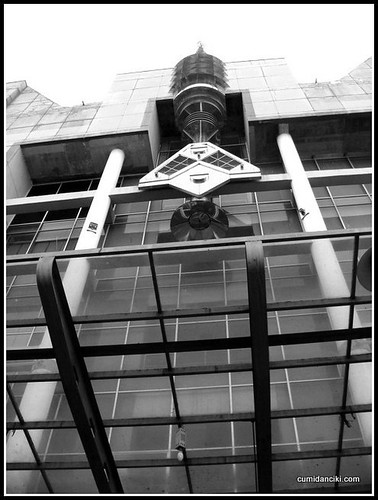 This unassuming prawn mee shop is located next to the old iconic but somewhat dilapidated shopping center called Sentosa. 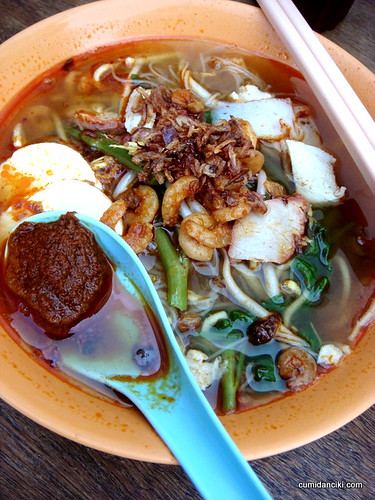 Here you are. The Har Mee, Alor Setar style! It looks just like the Penang one and is only perhaps 0.5% off the mark. Something is amiss but I just cannot put my finger on it. Not enough prawn? Not enough pork? I could not say for sure. The flavour was good, but not as intensely addictive as the Penang Har Mee. 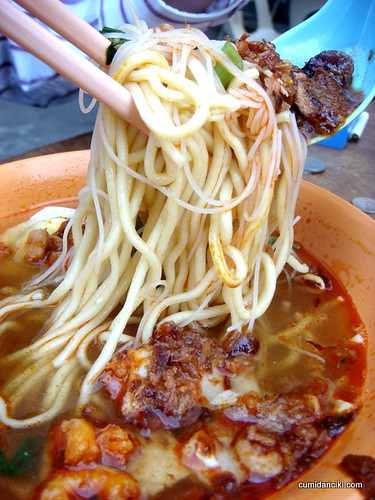 Still, having said that, one bowl packs a solid burn and for the 1st time that day, after waking up at the un-Godly hour of 6.00 a.m., I actually felt like an entire human-being again. Earlier on, there was only one half of a human;) 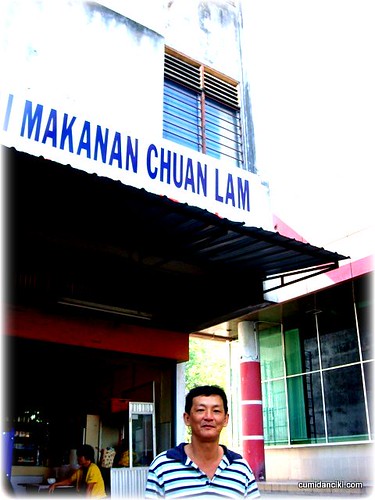 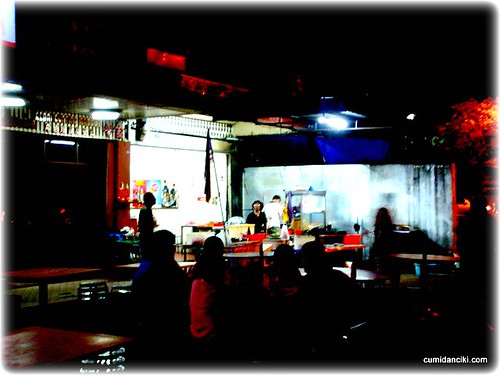 Later that night.. we head out to the suburbs for dinner.

‘Or mee’ is actually Hokkien (one of the chinese dialects) for ‘black noodles’. In Kuala Lumpur it is known as the Hokkien Mee.

The owners, Mr. Chong and his wife, have been operating this stall for nearly half a decade. The specialties here are “black” noodles and steamed fish head. See, who says that there is nothing to eat in Alor Setar? Ciki totally disagrees! 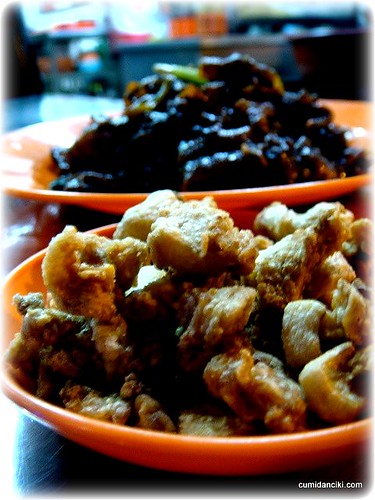 The Or Mee is chinese style-fried, yellow noodles in dark soya sauce and the owner cooks it himself. This noodles is thinner than its KL counterpart. I took a photo of the flames but that did not turn out well due to the poor lighting and the flurry of activity. No matter, the wok-hei(smoky aroma from the wok) was certainly there and I could feel the heat from the wok from where I  stood. That night, we ordered 3 types of noodles, the Or Mee , the Kway Teow Mee (flat rice noodle) and the Meehoon (rice vermicelli). The most memorable thing about the meal was the impressive amount of pork lard that came with the noodles. They serve this on the side and whilst the Or Mee, in my opinion, is not as good as the KL one, the pork lard certainly transformed the dish into something wondrously delicious. Of course it would. It is after all, animal fat in its most cholesterol laden form. 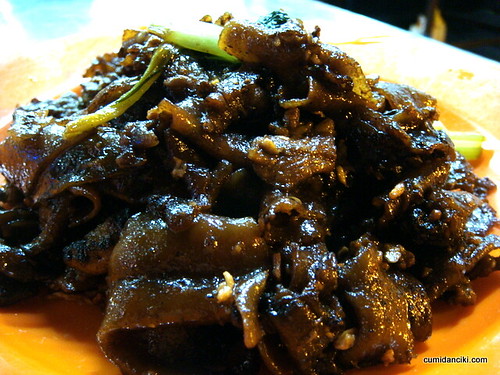 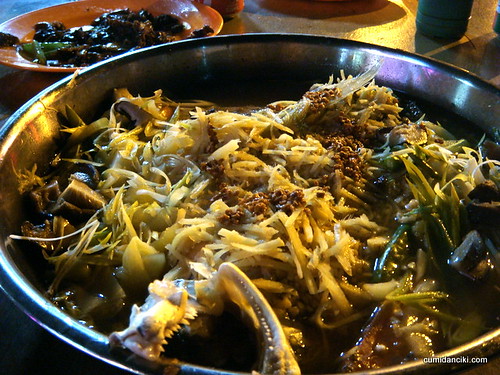 The red snapper was good. The flesh that was falling off the bone was succulent from the steaming with mushroom stock, sour plums, leek, bird’s eye chillies (the Hokkien folk say chabai burung!), salted  preserved vegetables(ham choy), sliced mushrooms, ginger and garlic.

Prices vary depending on fish type and size but our entire meal set us back by less than RM45 I think. Unheard of in KL right? 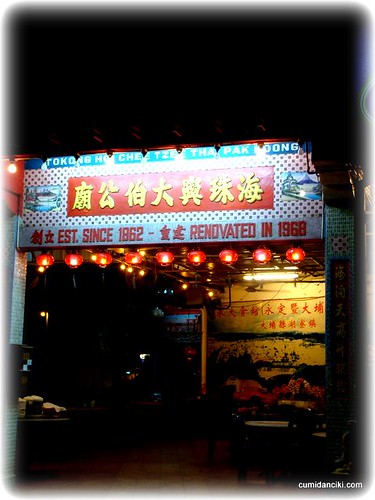 Some interesting signs we saw in the area. One place read like this. ‘Here since 1862. renovated in 1968.’ I was not born yet on either occasion! Apparently this is a Tua Pek Kong (temple)! How come people eat here?! 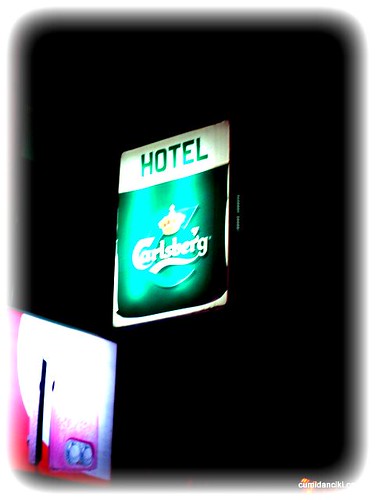 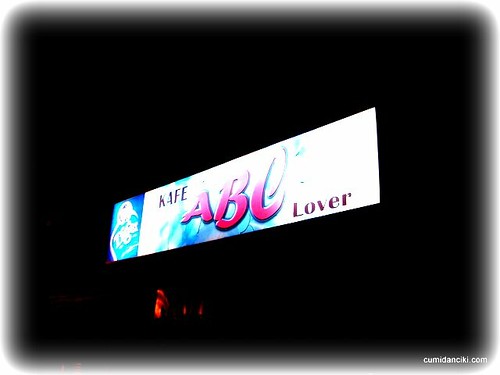 ABC lover – this was an internet cafe.. ya, right..

FLINT. Brought to you by the good folk behind STOKED, and the Vintry family of restaurants. Similar to Stoked, yet different. When you see…