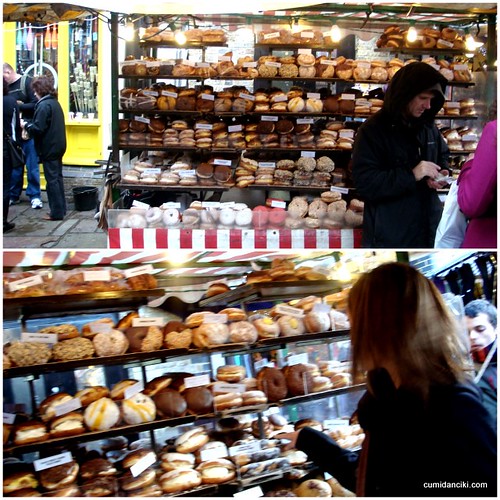 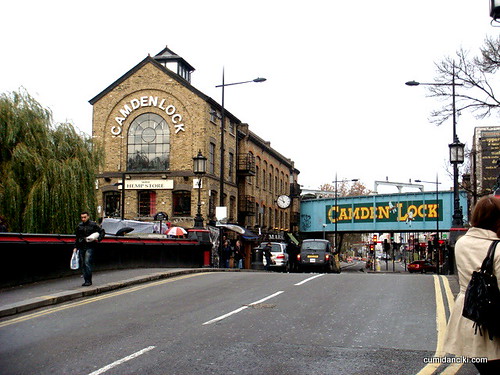 bridge over the canal

You can find loads of neat stuff here, including  an assortment of board games, mind teasers,and juggling equipment, a wide range of music and cult films and from a selection of independent bookshops everything from poetry to politics. 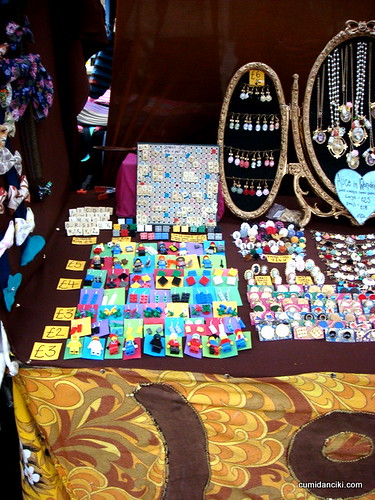 For those special presents, browse the vast number of stalls and shops which sell unusual and original gifts. Or choose from a large selection of handcrafted traditional and contemporary jewellery, designer clothes and accessories to suit any fashion victim.Here we see some LEGO earrings.. I bought like a major number of these cutesy’s for presents.

I also find the silver jewelry here at least 30% cheaper than the same stuff you would get in Covent Garden. Covent Garden is a rip off.. don’t shop there. 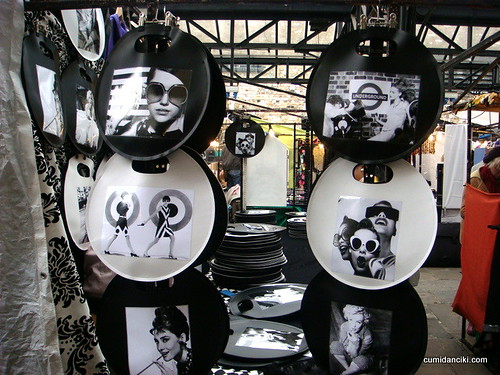 More unusual presents that you can pick up for Christmas,  like cool vinyl holders. 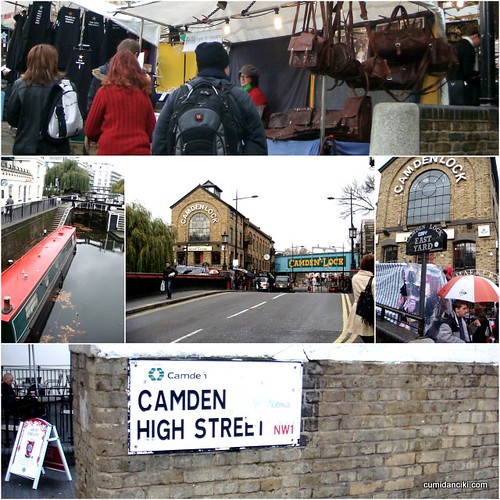 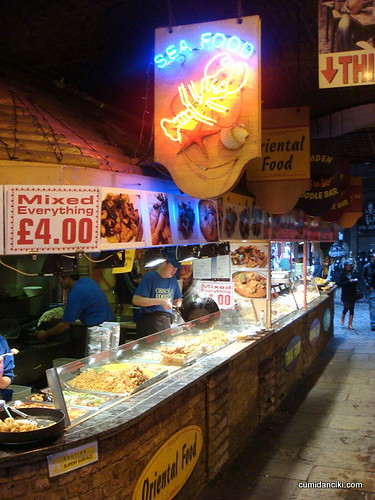 If you need a meal or light refreshment there are plenty of places at the Lock to enjoy fine food and drink, especially at the weekend. 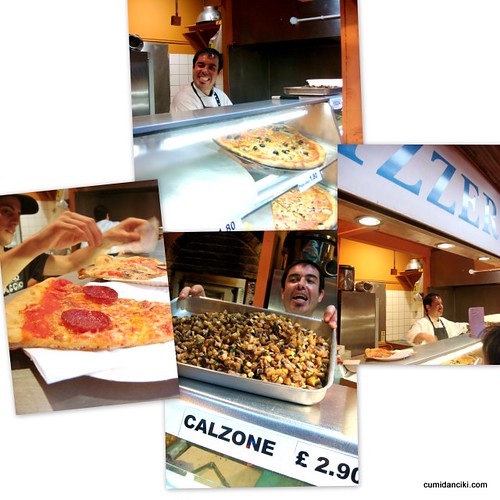 This one pizza parlor was really cool. Or rather the owner was. The man you see in the photo said to me .. “Do not post my photo to facebook please.. my mother may see me and that would be BAD. She thinks I am studying to be an Engineer but instead, I am making PIZZAS!” Hilarious. Facebook will the the death of us. 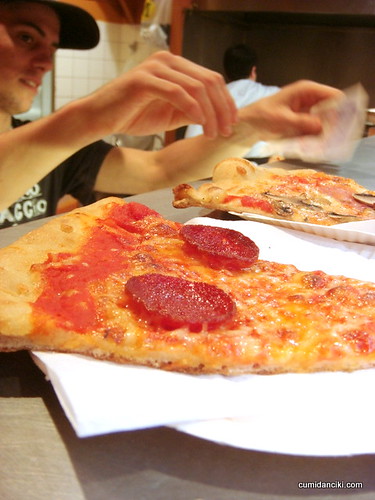 Nice snack if not a bit on the salty side. 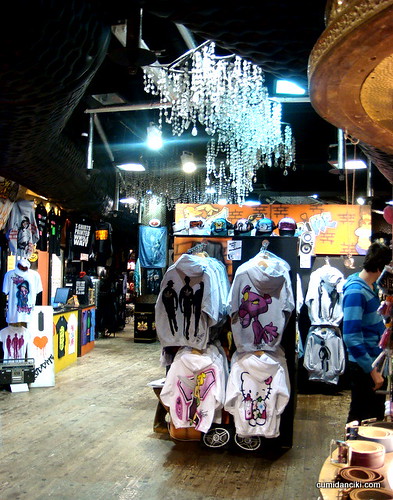 I like Camden for it’s funky atmosphere. It’s great walking around and seeing all types of clothes for various subcultures mixed together, and the whole place breathes a creative underground energy.. nice:) 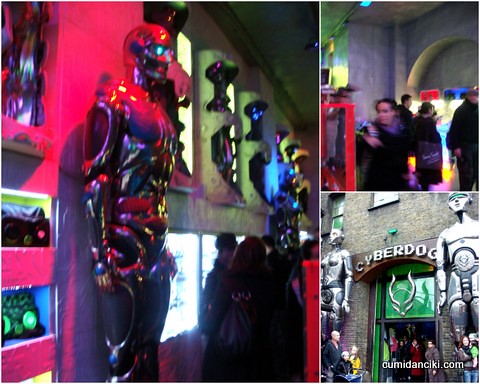 This place called the Cyberdog, did not just breathe creative underground energy.. it WAS underground. With the techno music blasting, dark nooks , luminous lights and cyborg eyes staring out at you from behind a hollow, shiny  steal head, I nearly starting pumping the air.. raver chick-style.. (ok, not really). 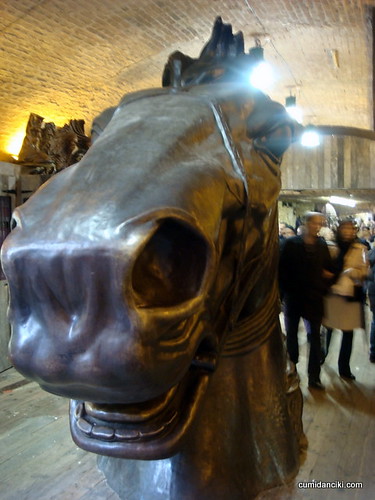 I love people watching and also the vintage shops, though I can hardly fit into anything.. too small.. too big.. (maybe it’s just me). Sometimes, you can horse watch too 😛

The Stables Market is a whole area that has been adorned with massive bronze sculptures evoking memories of the past use of the area for stable horses that pulled the barges along the nearby canal. This larger than life one you see is absolutely magnificent close-up!

After 3 hours of shopping, it’s time for lunch. 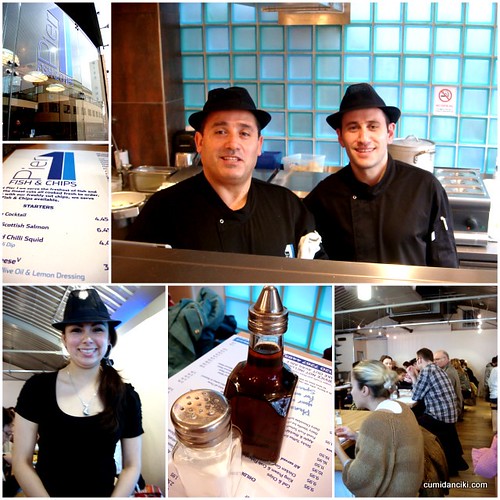 Since we wanted to head back into Camden and check out the secret Catacombs where shop units are housed in Victorian brick arches (1854) once running under the railway sidings of the old North Western Railway Co., we decided the eat nearby.

Pier 1 ! So friendly the staff and so obliging. Look this way, look that way.. let me take your photo..  “CAN! .. as long as you Facebook us the shot later” ( I’ve stopped counting the number of times that F.B.  has been mentioned by others, on this trip already!) 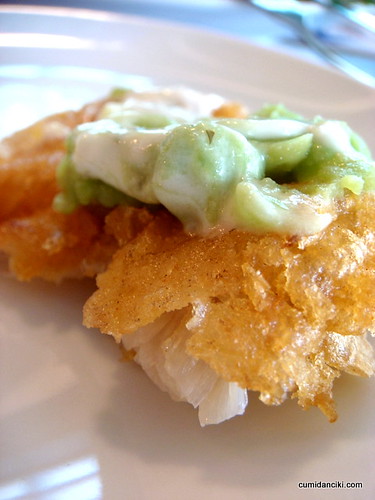 It was a long wait for our F & C to arrive because the place was absolutely crowded. 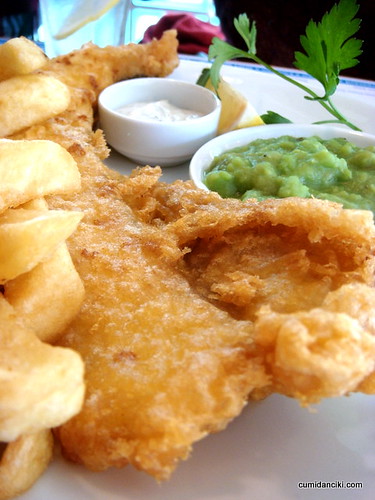 This place is not cheap.  Fortunately the battered and fried cod was delicious. It was served with big, fat, greasy chips, tartar sauce and mushy peas. 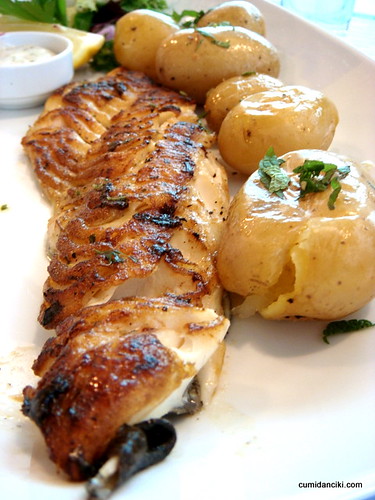 The grilled fish on the other hand was just mediocre and rather flavourless. The potatoes were forgetable too.

Oh well, we ate here for convenience so we cannot really complain.. Back to shopping .. and next up.. the conclusion to our vacation!

Be very careful of this little tartlet..   Lemon poppy berry tartlet with ice-cream   Did you know that, in light of an incident…