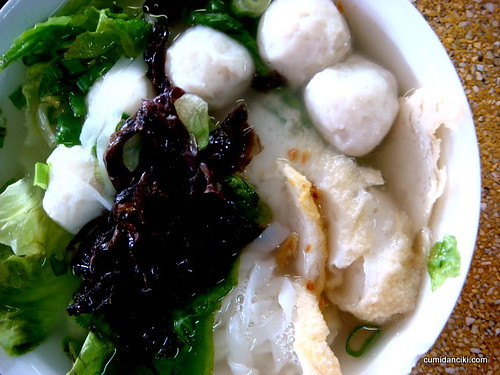 We read about B & Best Seafood noodles from Masak-masak, who read about it from KYspeaks who says that it is a great favourites of Huai Bin’s. Phew.. now you know the history. 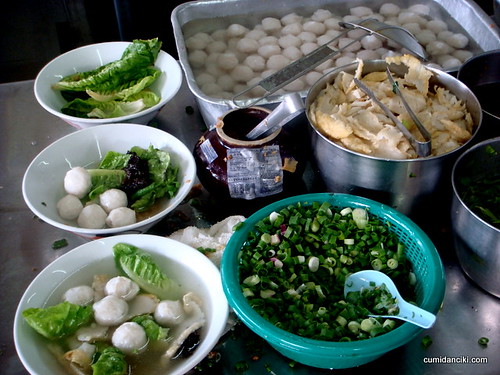 Anyway, the most outstanding thing about B & Best Seafood Noodles and Porridge is the shear selection of seafood that they have to offer. Be warned however, that the more ‘gourmet’ your selection of ingredients, the more expensive your bowl is going to be. 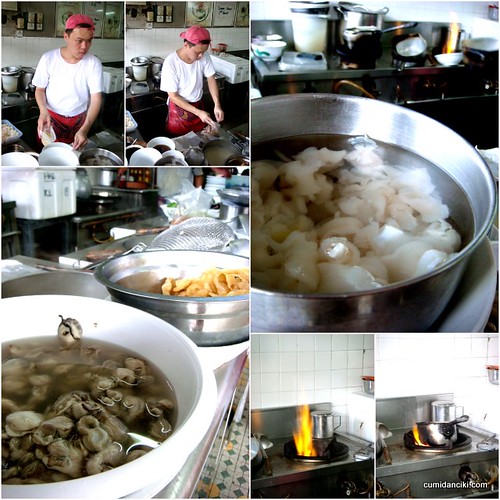 If going “ching” (clear, un-oily) is your type of thing, then this place serves up the likes of fillet fish, fish cake, fish balls, red snapper, oysters, pomfret.. you name it, they got it – that you can have with either noodles or porridge. 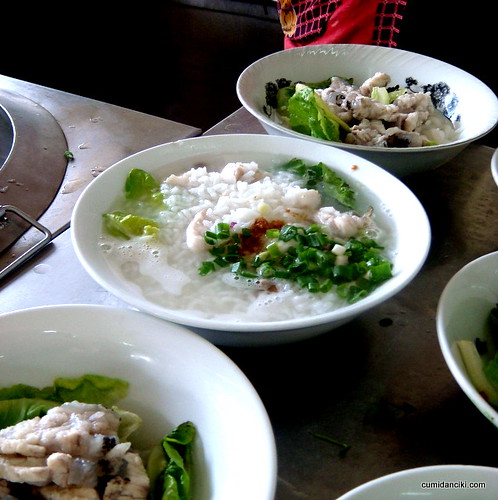 The soup that I chose for the day was Tom Yam (of course) and Cumi picked the normal, clear fish soup.

He said that his bowl which had fish balls , fish cake, seaweed plus veges was light and tasted good. It wasn’t spectacular but for RM4.80, he wasn’t complaining. Maybe he should have added the red snapper fillets or the grouper for extra taste. We heard so much about the sambal here and we can confirm that it is truly phenomenal. Power man! 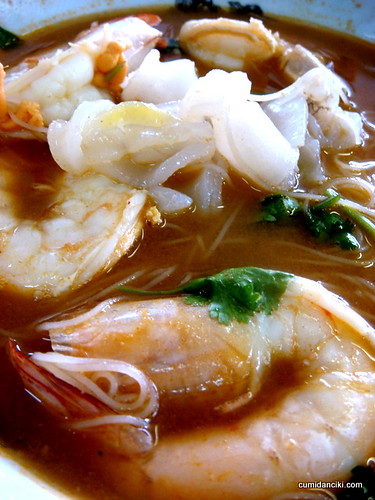 Initially, when I said that I wanted the Big Prawn, Yue Piu (oily part of the fish stomach) and the Oyster, they told me the bowl would cost RM35! I dropped the oyster like a bomb. That brought my bill down to RM20. As 5 prawns were served and 5 slices of the yue piu, we worked it out to be RM3/prawn perhaps and RM RM5 for the balance of soup, noodles plus yue piu. The yue piu is the translucent jelly looking thing you see in the middle of the bowl. Its texture is sticky, creamy and oily… it sends orgasmic shivers down my spine! Anyway, for what it is, that bowl of prawn tomyam noodles is super expensive if you ask me. The Tom Yam soup was spicy but not outstanding in flavour. Just so-so. 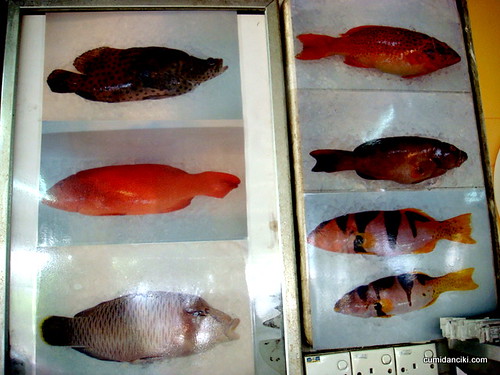 Can anybody tell us what fish these are? 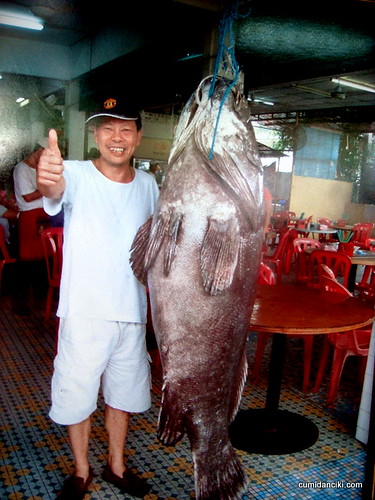 How about this huge one?

CAP-SQUARE.. the latest swanky, wine and dine and hangout place to be. It’s strategic location finds it right at the heart of the matter….