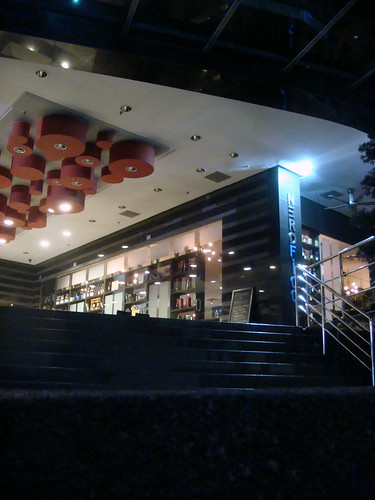 There was a massive jam leading all the way into Hartamas, so we decided to do a slight detour and ended up in Damansara Heights instead.

Nero Fico on Jalan Dungun.. we wanted to check this restaurant out, since we had not been here from the time it opened. (We recently tried Al Padrino across the road and that was pretty decent). 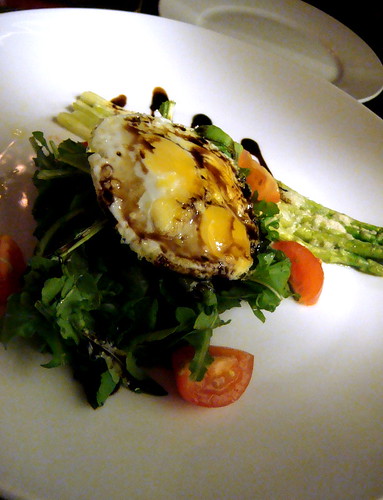 First up, the Fried Quail’s eggs and Asparagus Salad. I personally prefer my quail’s eggs boiled.. what a waste of a cute lil round egg right, frying it?
Having said that, the salad was delicious. We ate it up in 5 seconds flat. 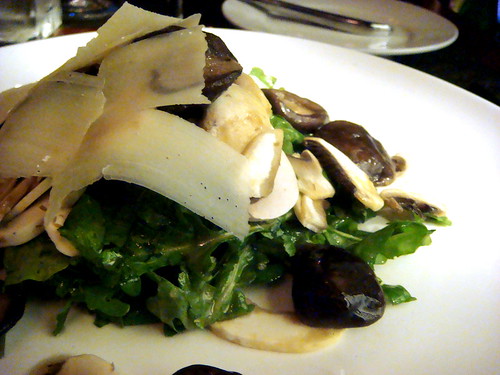 Mushroom Salad which was not on the menu but which the chef whipped up (easy enough), since one amongst us was a big fan of the mushroom.
This was good too. 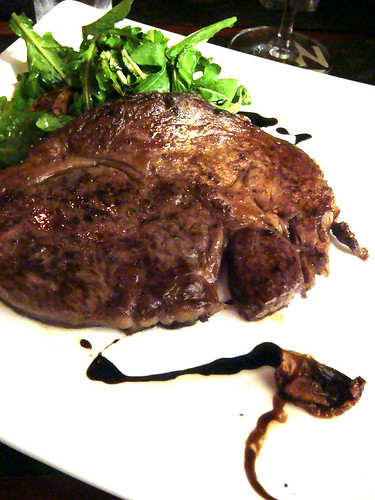 The Kobe Beef stole the show. I dare say this was one of the better ones in KL and the marbling was superb. It tasted like one, I had the good fortune of trying in Kobe, once upon a time. That was a grade 9 wagyu. 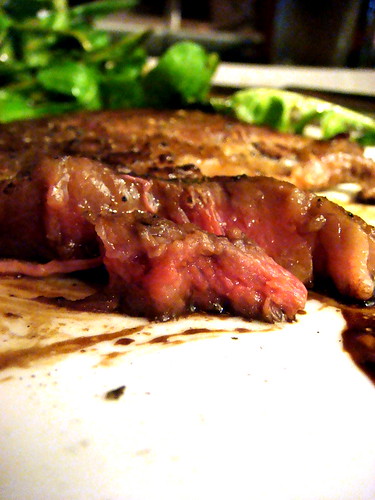 I wanted to order mine BLUE (again.. just for the sake of shouting Blue! haha..) but stopped short and went for rare instead. 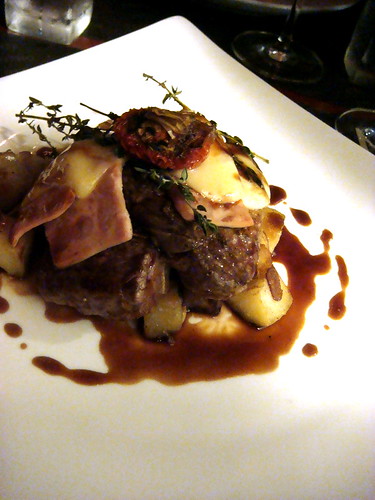 The Veal was tasty but a tad salty. Must have been the cheese. 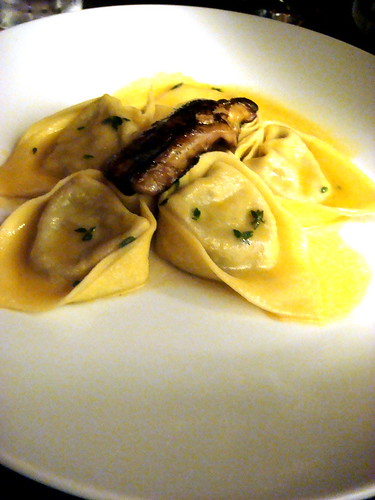 The Tortelli Mushroom with a nice slab of foie gras on top, was cooked to perfection – the pasta shell resisted the tooth and biting into it sent spurts of mushroom core gushing into one’s mouth. What an amazing sensation! 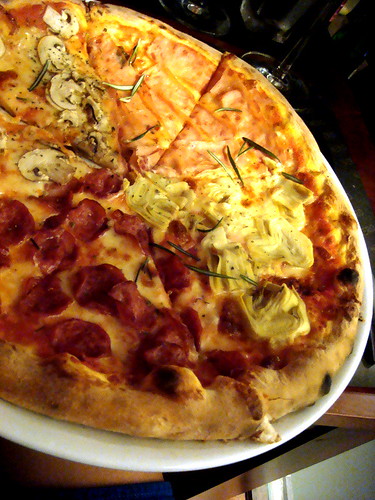 Pizza Quattro Stagioni is like having FOUR pizzas and eating them too!

This was meaty and what I would call a real MAN’S pizza, but could have done with more tomato base and cheese. The artichokes were delicious. I personally am a big fan of the ‘choke’. Did you know that Artichoke is the primary flavor of the Italian liqueur Cynar? Well, now you know..! 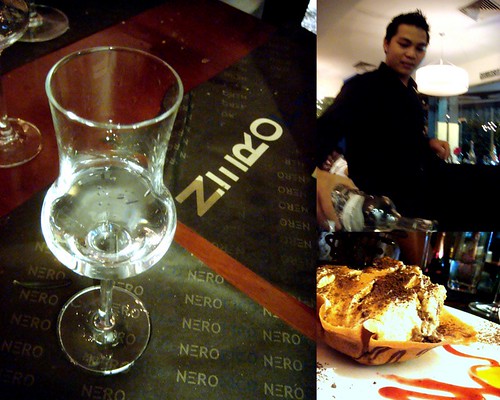 Finally the tiramisu and Grappa on the house. What a nice touch to be served the throat-searing grappa as a parting gift to the diner. Already tipsy from a couple of bottles of wine, a shot of this fragrant, grape-based, pomace brandy of Italian origin, nearly had us spouting Italian to all the customers!

(We do not speak Italian.)

All in all, we had an enjoyable dining experience.