O que que é esse amor, dágua
Deve sentir muito parecido a esse amor
This is it
Underwater love
It is so deep
So beautifully liquid 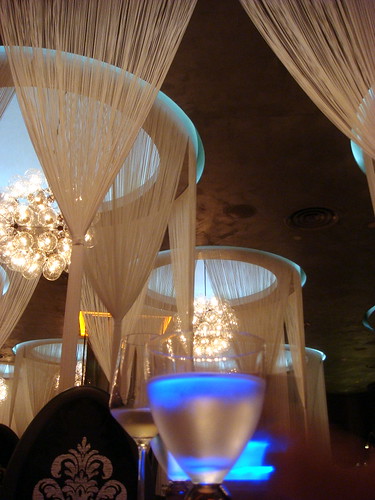 The Pacifica.
I feel like I am swimming underwater.
Only difference being that I can breathe and talk at the same time.

The cool blue ambiance, heightens the feeling of being suspended in the great oceanic underwater.. around you will see sphere-like fish bowls and floor-to-ceiling glass windows.. all adding to that mysterious, romantic depth of the deep blue. 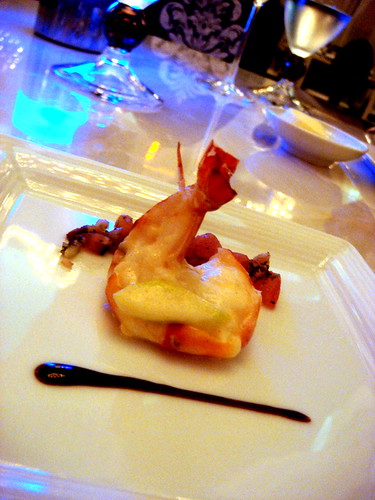 First things first.. to please the mouth, the amuse-bouche.
Delicately seasoned and finely garnished, the prawn was a delight. 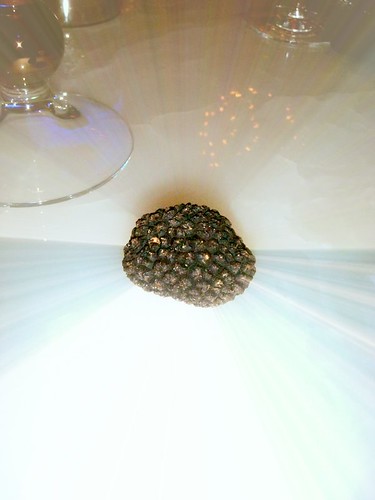 What is that you say? A stone? Pebble? A lump of some weird, spiky object.. ?

Anyway, just a quick word on the truffles. The French black truffle is the fruiting body of the fungus Tuber melanosporum. This fungus forms a symbiotic relationship with the roots of oak and hazel trees. The edible portion, or truffle, is harvested in winter once it has matured. 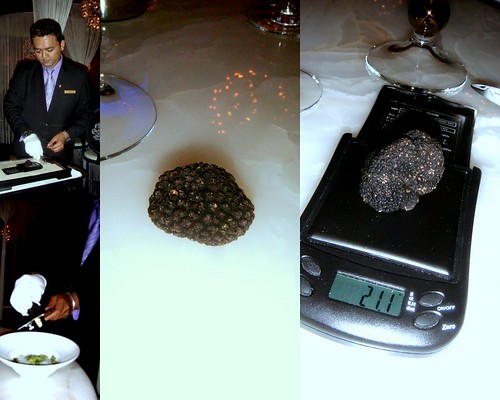 Well, well, all I can say is that the “do not disturb” sign should be hung squarely on the door, if you decide to take on this gastronomes holy of hollies;) Anyway, what you see in this collage is the friendly waiter weighing out the exact portion of black truffle to be shaved over each starter and main course. Throughout the dining experience, we will see him carting out the weighing scales, as that piece of truffle gets smaller and smaller, being used as part of the cooking as well as the garnishing of our food. 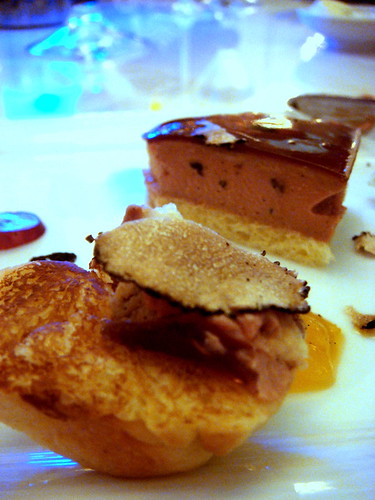 First up the liver pâté garnished with the truffle. Seeing as they were so generous with the truffle, you could taste and smell that characteristic odour with great intensity.

So what does it taste/smell like? Hmmm, let me tell you a story.

The truffles are found from just below the soil surface to a depth of 20 cm. Specially trained dogs and pigs are used to search for the truffles. German research has found that the truffles contain a steroid similar to that, which is produced by male pigs during pre-mating behaviour. This steroid acts as a pheromone hence the attraction of female pigs.

So, therefore the answer to that question – it smells like the pre-mating scent of the pigs.

(Just kidding.. Don’t let this story put you off though. It may smell like a certain animal mating steroid/hormone but it sure taste and smells brilliant to me!) 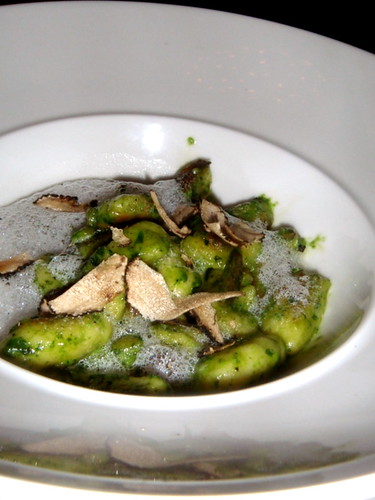 Still on the starters, the gnocchi. These thick, soft, dumplings were cooked al dente and perfect to taste. It was covered in a foam like sauce but my memory fails me now, what sauce it was exactly. I was actually, really rather more obsessed, with the truffle. Will it end? Will it run out? Will there be NO MORE?! No complaints about the gnocchi lumps. 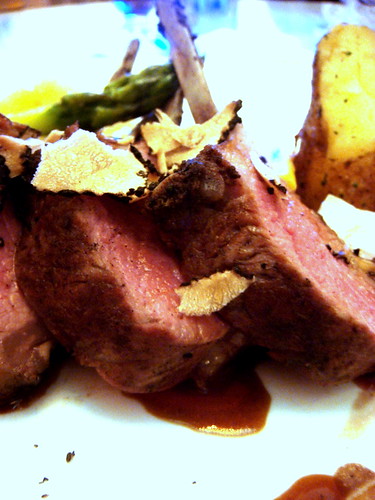 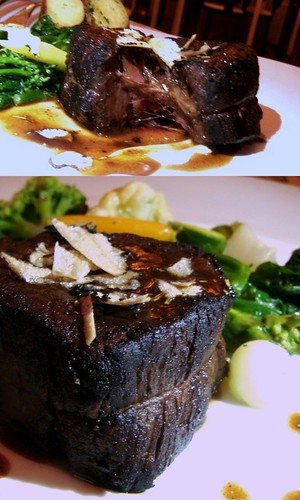 Kobe beef topped with chunky slices of truffle. Does life get much better than this? I think not. 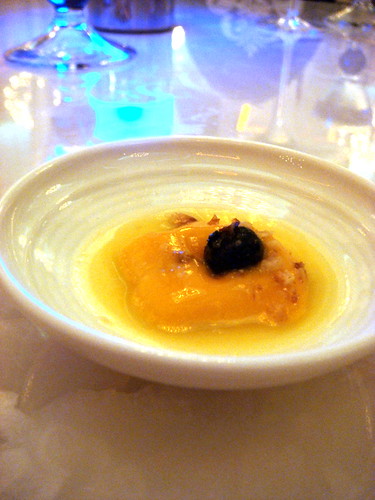 The sorbet to cleanse the palate. I though of pushing it away because who, in their right mind, would want to cleanse their palate of kobe beef, lamb and black truffle?

The waiter glares at me. So I cleanse my palate with the sorbet. 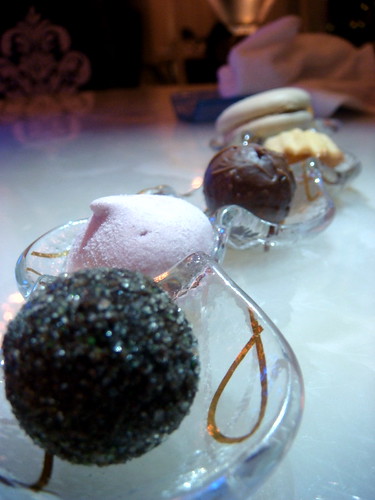 Some sweets on the house. 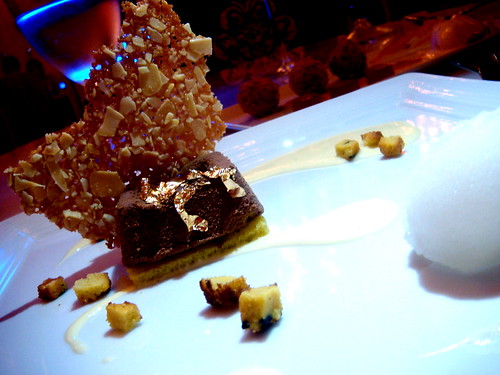 The Truffle Mousse! Even dessert is infused with the truffle. 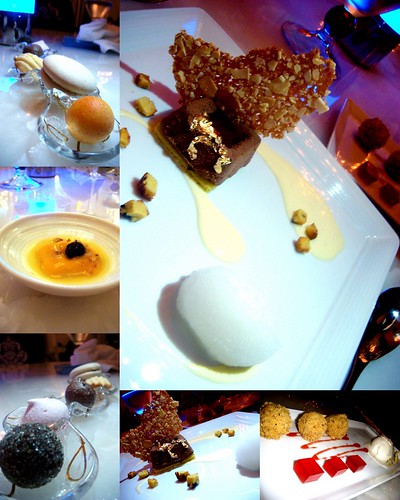 And the truffle dumplings (on the far bottom right of collage). These taste like mochi. High class, black truffle mochi, I might add. 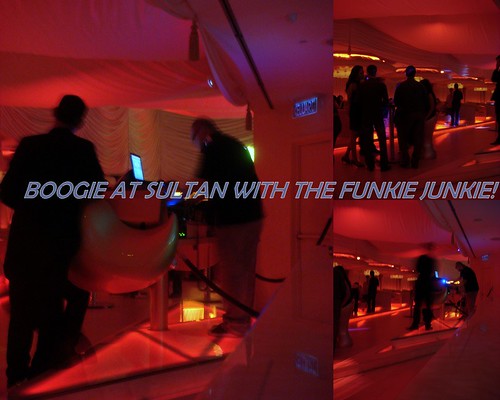 We go down to the sultan lounge and look for our friend Donovan who is already behind the decks at sultan lounge.

All in all, a great night out!

We’ve always been fans of Chef James Won’s culinary prowess, and so when he invited us to experience his latest in fine dining, we…