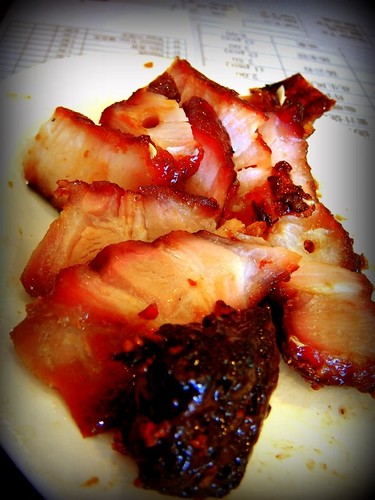 We’ve seen this place packed with people during the lunchtime and we wanted to check out the roasted meats and the wantan noodle in this shop.

We ordered our noodles separate and ordered portions of Roast Duck, Roast Pork and BBQ Pork. 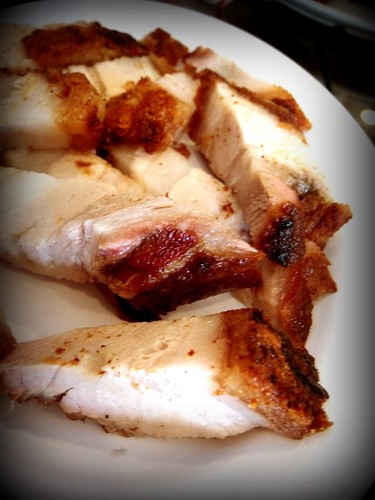 The texture of the wantan noodle was not bad. It had a nice, slightly sweet, dark sauce flavour to it.
The Charsiew (BBQ Pork) was dry, tough even, and the Duck was overly soft and had not much flavour in the meat, though the sauce used to cover it was rather strong tasting. It was as if someone had just cooked the duck for way too long and all the essence had gone out of the flesh.

Of the three, the Siew Yoke(Roast Pork) was the nicest but by no means the best I have tried in PJ or KL. The other interesting thing was the guy with the Mohawk flipping the wantan noodles high into the air, backwards, forwards.. over his crazy mohawk, like some Apache, high on Cactus Peyote! 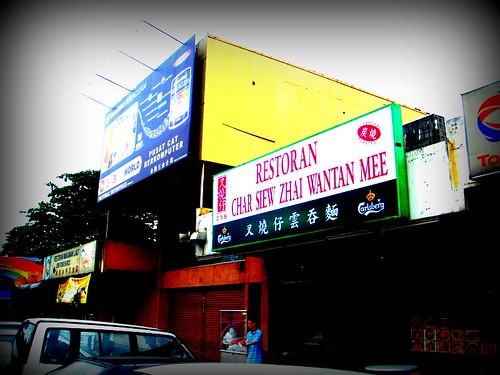 Our feet are killing us! After walking all day at the KLCC convention centre, at the Bookfest.. we were ZONKED out! Not only that…..