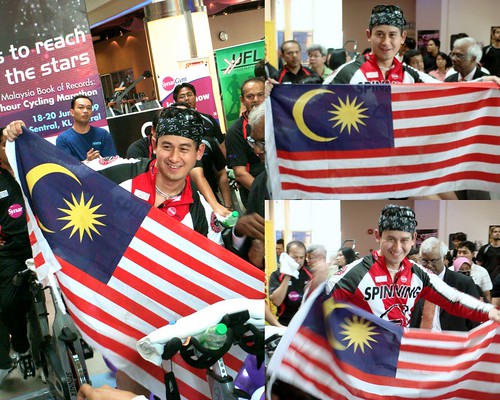 Today, the 20th of June, at 3pm, Wong Wai Hoong breaks the old record of 38 hours to go down in the Malaysian Book of Records (MBR) as the Man who cycled for 48 hours!

Damn, he looks fine for someone who has not slept in two days. 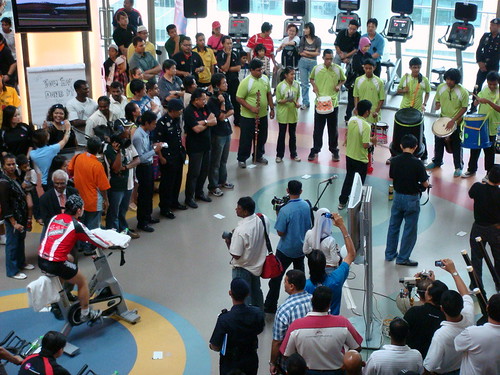 VIPs, band and paparazzi at the event… Wai Hoong the cool cat looked neither frazzled nor tired. 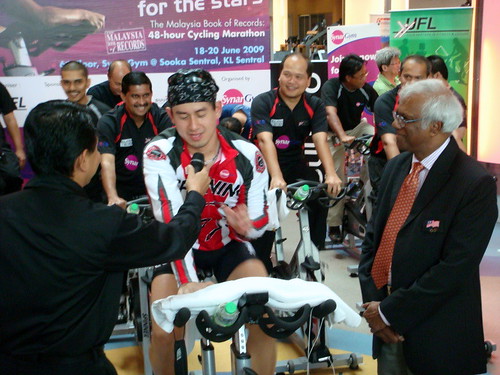 When interviewed , what would be next, Wai Hoong said that when he set out to break the current record, he said that he would not quit no matter what. Now he has made his mark in MBR and so, he feels, it is time to give back to the people. A LIVE, outdoor, cyclathon with a half a dozen instructors on a stage, with a live band, and where people can come and spin live is his idea of a dream event! We look forward to this Wai Hoong and CONGRATULATIONS! 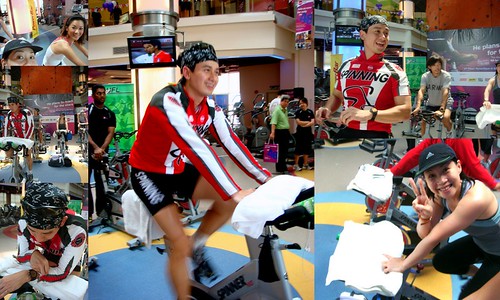 His biggest fans la.. US! Supporting our hero!

The next day, I headed south. I arrived at Solana Beach , San Diego and was immediately in love! The weather was great… (…