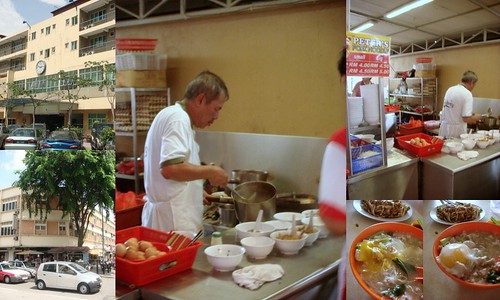 The day after Mowgli (a.k.a. my husband, a.k.a Cumi) emerged from the Sarawakian jungle, unscathed and uneaten by ‘Kaa’… the famished boy-cub took me into Brickfield’s in search of that legendary pot of thick sweet pork meat soup. 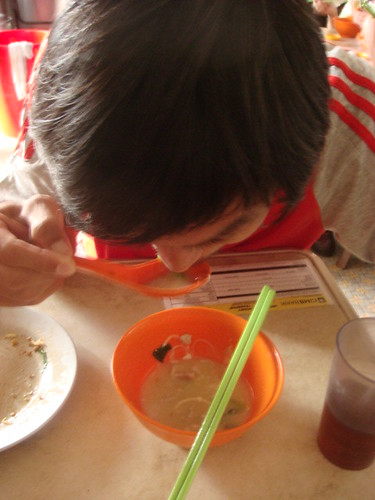 Don’t talk to me. Don’t look at me. Don’t come near me until I have had my Peter Pork fix. Can you see how long Mowgli’s (a.k.a. Cumi) hair has grown, out in the Sarawakian jungle? Tis an unruly mess innit?! 😛 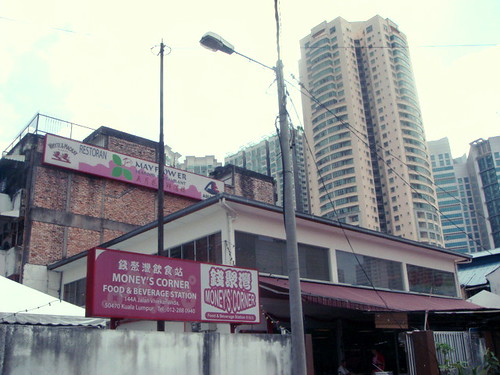 Uncle Peter can be found here – Money’s Corner. His son’s running the corner shop just across the road from YMCA (photo of coffee shop found in first collage above). Money’s corner (or Mayflower as the sign is way up high and more visible) is just a short walk down the famous ‘blind massage street’ of Brickfields, and that is where the original Uncle Peter cooks.

Peter’s Pork mee is murky and dense with aroma and sweetness. Break that egg yolk and immediately intensify the flavour of the soup.
Mowgli never had it this good. 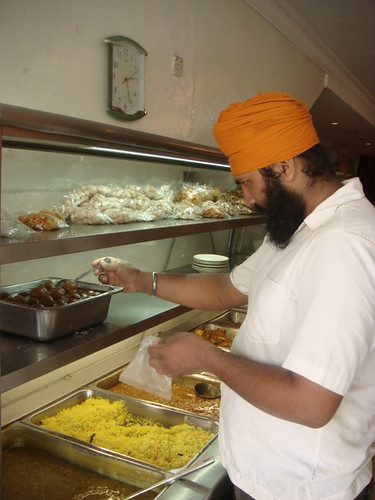 I spy with my little eye… Gulab Jamun! 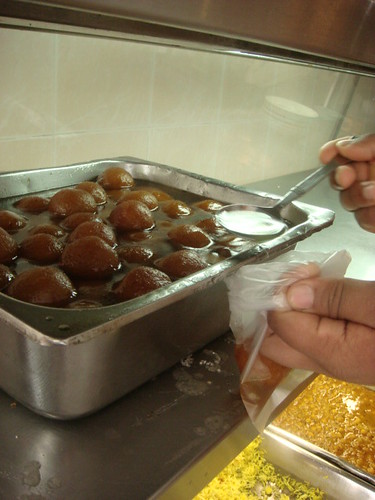 We decide to tapau this from the nice Punjabi man in the orange turban for our dessert. Gulab Jamun gets its brownish red color because of the milk powder or khoya. In other types of gulab jamun, sugar is added in the dough, and after frying, the sugar caramelization gives it its dark, almost black colour, which is then called kala jamun, “black jamun”. Kala jamun is very popular in the state of West Bengal in India.


To me, it’s a delicious fried dough ball, soft and saturated with sugar, just begging to be eaten. 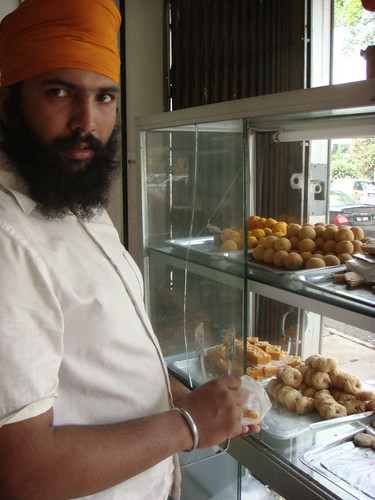 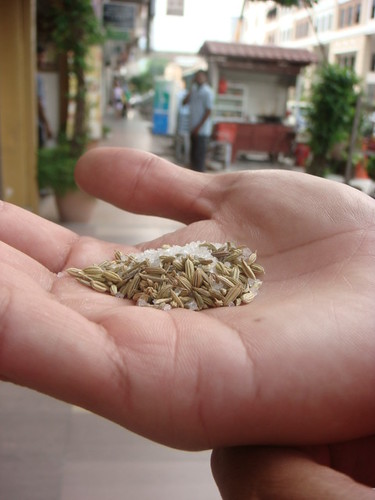 We also try a whole load of sweets from this shop. By the 4th piece I start to feel my gut protesting. The nice man tells us to pop some fennel to take away any cloying after taste of the sugary desserts.

On account of its carminative properties, fennel is chiefly used medicinally with purgatives to allay their side effects and for this purpose forms one of the ingredients of the well-known compound Liquorice Powder. You immediately fell like you are eating candy (liquorice sticks) or something comforting from your childhood days at the movies (my folks use to pack a huge bag of sugar babies and liquorice sticks to shut me up in the cinema.. but erm, I think it only made me more hyperactive :P) Fennel seeds or tea can relax the intestines and reduce bloating caused by digestive disorders. Ah, no wonder it is eaten after meals as it aids digestion as well.

Next time you are in Brickfields be sure to give Uncle Peter and the Gulab Jamun a visit!

Umbrella Slogan Contest submissions close by 12noon, on Monday, 8th of June 09! My judge tells me that she is close to electing a winner… so all those who have not submitted your slogans, kindly do so ASAP! TQ!

The Guigal domain was founded in 1946 by Etienne Guigal in the ancient village of Ampuis, home of the wines of the Côte-Rôtie. In…