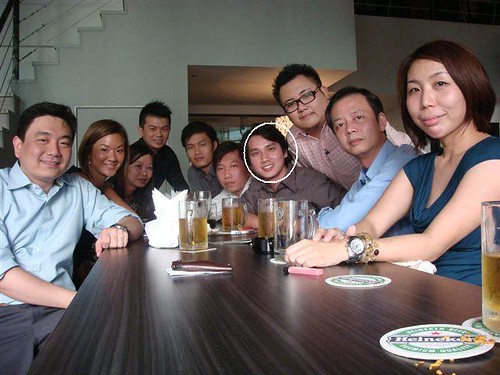 Farewell LPW.. you will be missed! As our good friend and colleague moves on to greener pastures, we wish him all the best and send him packing with a Bang!

What better place to celebrate than at that relatively new party area in Mont Kiara. Compared to its London or New York namesake, this is purportedly KL’s version of Soho, and is aptly named SohoKL or Solaris. The whole area is meant to be a trendy mish-mash of food and entertainment outlets… we wasted no time checking out the pubs and restaurant here. 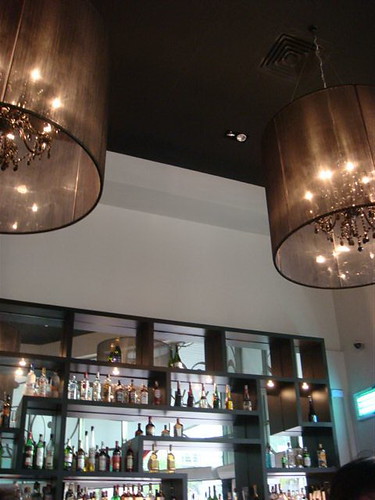 To start off the evening of Drinks and debauchery, first stop, Michelangelo’s..
Michelangelo’s is spacious but remains cozy with its warm lighting and rustic décor.
They serve Italian here, but we decided to eat a little later… First the beer! 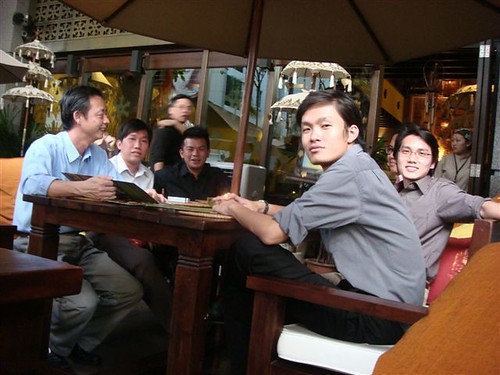 Followed by dinner at Ole-ole Bali… 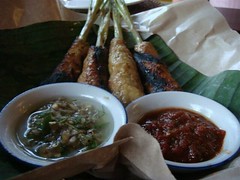 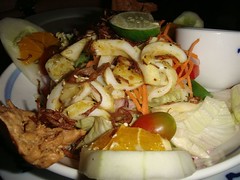 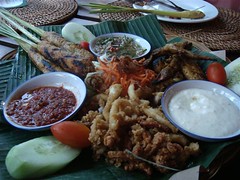 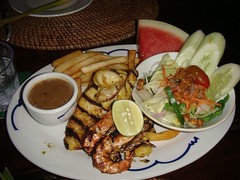 This place serves authentic balinese food, but unlike the older, more established bumbu bali, where the standard of the food has dropped, the food served here at Ole-ole is slightly better. At least the food seems less oily. However, I would not go so far as the say that the fish or prawns were fresh. No one really notices considering they have ‘bakar-ed’ it to death.
The service here is bad. Everyone stands around looking bored but no one notices when you holler. Sad. 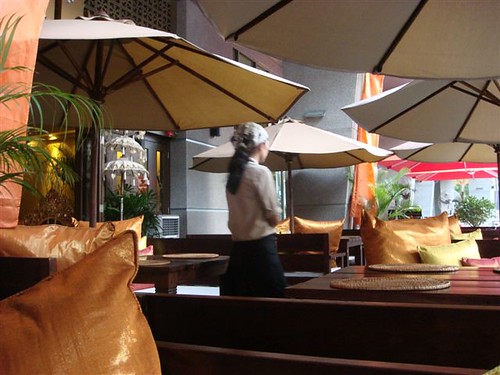 The saving grace is Ole-ole’s deco. Vibrant, relaxed furniture and a sidewalk eating area make this place look and feel like a sidewalk cafe in Bali! 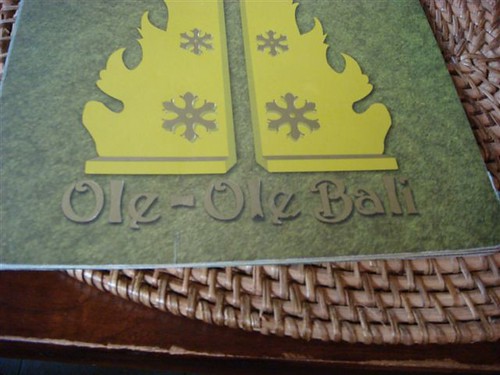 After dinner we decided to check out RAW. 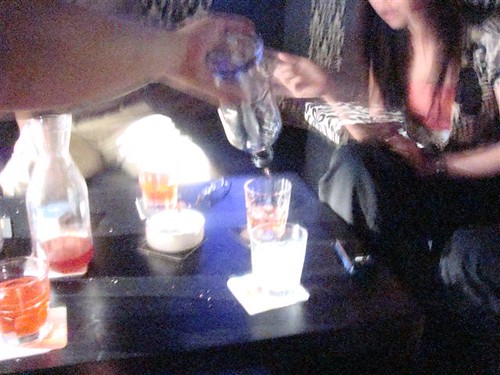 I read recently in the papers that RAW is famous for its Melbourne-inspired cocktails. Wow.. now that sounds like my sort of drink! Once you enter the club, you’ll notice Raw is actually quite chic. Postmodern designs and structural elements are evident all over, from the wall structures, floor layout to the lightings. The effect is pleasingly eclectic.Well you know what they say.. the proof of the pudding is in the eating.. and in this case, the drinking… so, bring out the cocktails:P 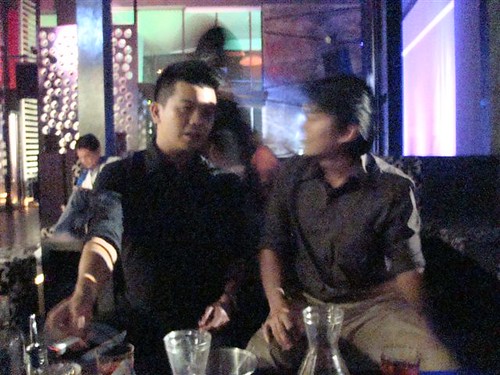 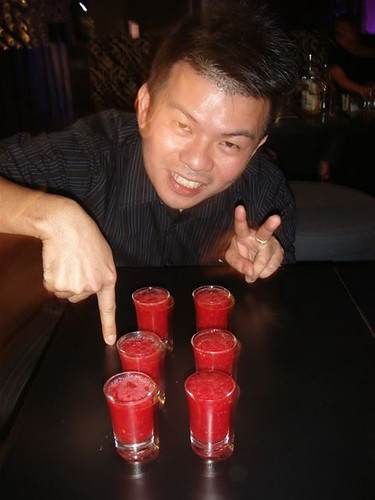 After cocktails, the shots… 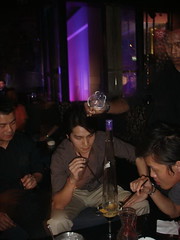 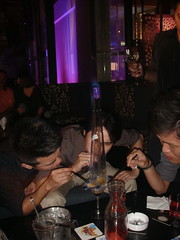 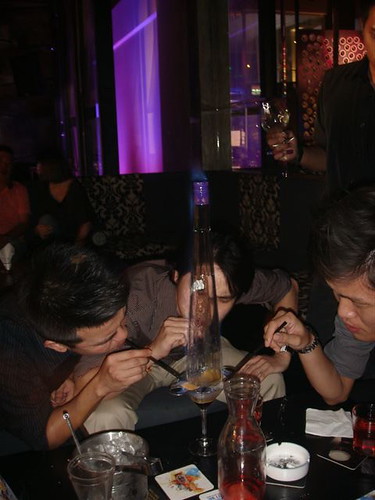 After the shots, the flaming lamborghini… 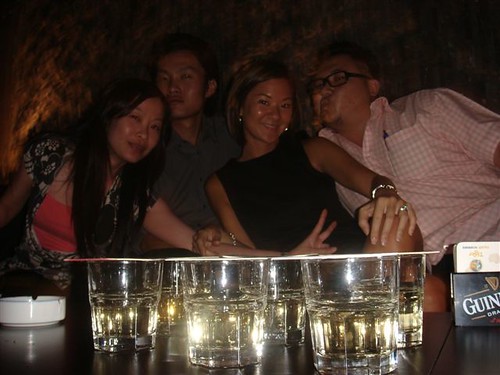 After the flaming, more shots… 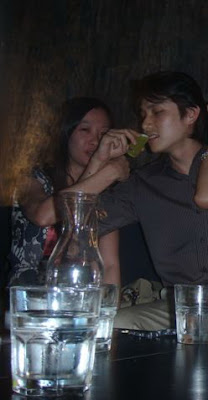 and more cocktails and more shots… 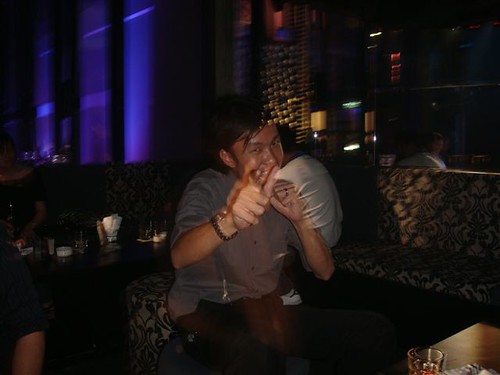 You know its time to go home when you are seeing bruce lee.. not just bruce lee but DOUBLE of bruce lee.

The cocktails were great. A little on the expensive side but well worth it.

Farewell LPW – take care and know that you will be missed.
But here’s to your bright future.

“I study nuclear science
I love my classes
I got a crazy teacher, he wears dark glasses
Things are going great, and they’re only getting better
I’m doing all right, getting good grades
The future’s so bright, I gotta wear shades,
I gotta wear shades”

A Brief intermission to talk about my 2 other favourite SNACKS in Ipoh… The FAMOUS BAO! and the FAMOUS TAU FU FA! First the…