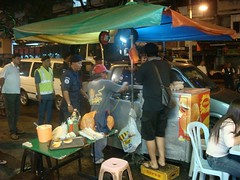 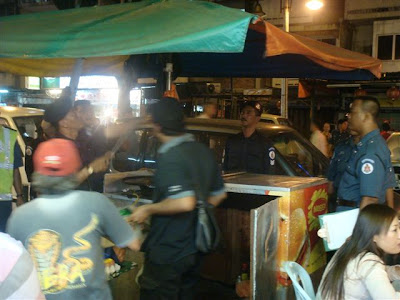 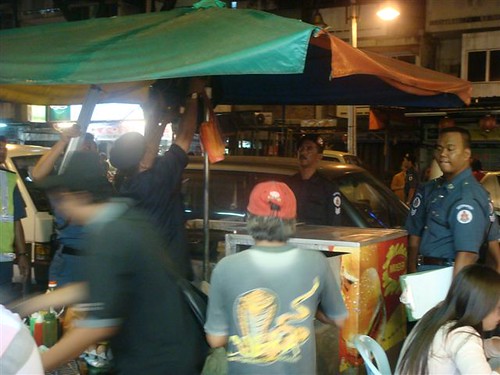 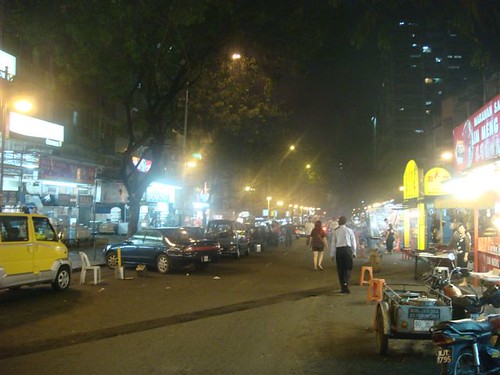 Such is life on the notorious jalan alor.. I kinda feel sorry for the poor bloke who just wanted to make a living.. i guess the moral of the story is … make a legit living, or suffer the consequences. The cops here watch everything like hawks.. no one is spared!

In a city where “feed the stomach first, then talk.. ” is an honoured motto, we often find that the best eating isn’t in the air-conditioned restaurants. Some of the most exciting eating experiences can be found on the streets and Jalan Alor is no exception to that rule. Formerly known as the Red light district of KL, you will notice enough “Good Morning towels” hanging in the back-lanes of the unscrupulous General Practitioner’s clinics. Erm… dont ask me what it is used for.. (use your imagination..). The area has since undergone a number of facelifts, and the hosts now cater more to delight the gastronomical whims and fancies of its patrons. The stalls are parked all along the street. It is quite an overwhelming experience for the first timers, who may have some difficulty on deciding where to eat. Jalan Alor is one short walk away from the shopper’s paradise of the Bukit Bintang Walk and its many malls and plazas. 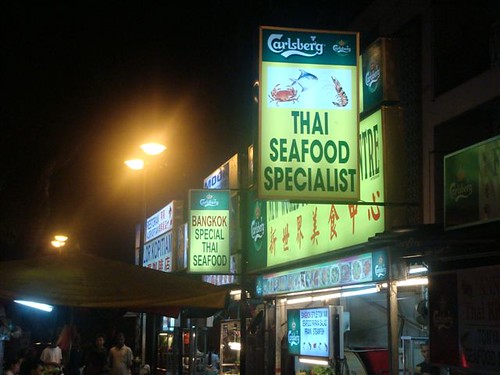 Ah… since it’s a cool night, thai food seems rather appealing to us today.. 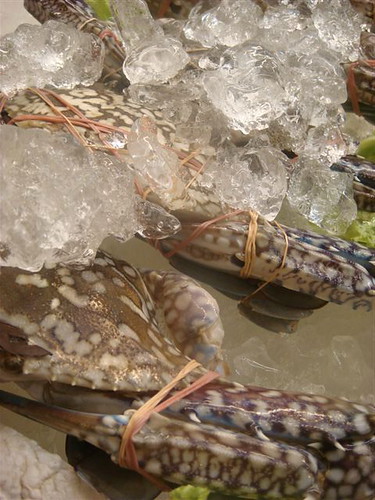 Looking at the seafood on display.. we pick a table and settle down to order.. 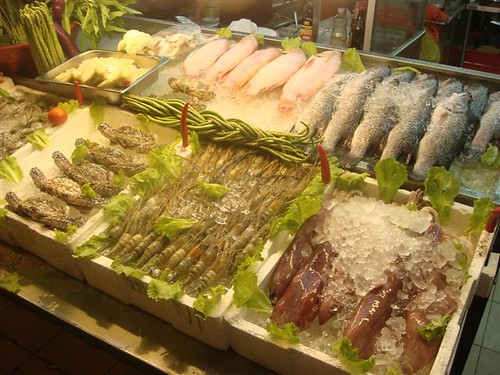 So many dishes.. so little time.. what shall we eat?

Well, for me, the Som Tam is a must! There ain’t nothing like that stinky salad to stimulate your gastric juices and fill that void. Som Tam is a uniquely Thai dish originating in Laos and the Isan region of Thailand. The beauty of Som Tam is in the way it combines the classic Thai taste elements of sweet, salty, sour and bitter in perfect proportions and therein lies its secret, – how much sweetness, how much salt and how much sour to add.

Thailand’s popular Papaya is the base of this tempting salad, but while in the west people only eat ripe papaya, in Thailand it is the green ones that are used. The unripe, green papaya is sliced into julienne strips, which are then pounded to release the perfume and flavour in the mortar and pestle. This is where the magic takes place because this is where the rest of the ingredients are added as the maker pounds away. The difficult bit is adding just the right quantity of saltiness and sugar. Man.. I was really psyched for my Som Tam.. oh yes I was! 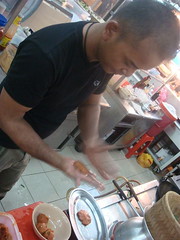 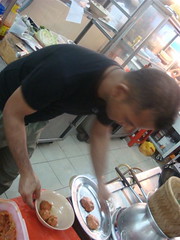 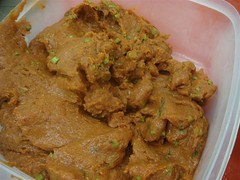 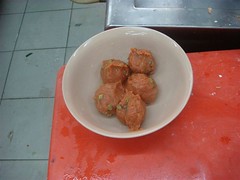 The cooks and the waiters are all 100% thai here.. and with an expert hand, the chef makes our dinner before our very eyes! What fun! 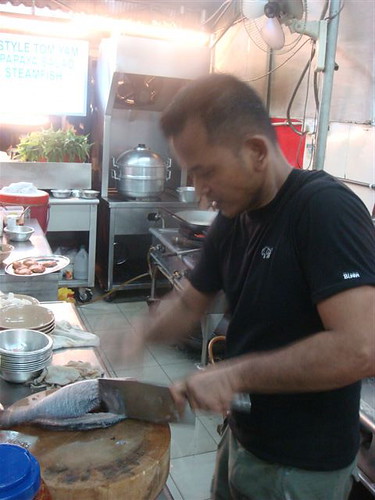 With a deft hand, the cook flays the bone from the fish… and proceeds to make our delicious meal appear out of thin air.

So what did we eat?? 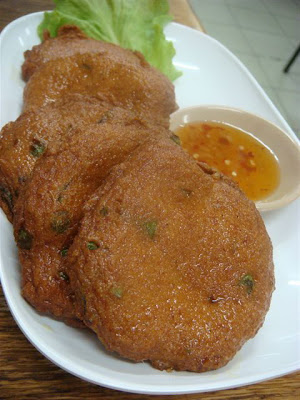 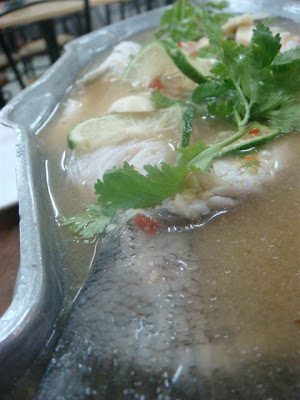 We had the steam Thai style fish which was as piping hot as it was CHILI hot. 3 mouthfuls into the fish and we were drenched in sweat! The fish cakes were fresh and sweet.. pungent with lemongrass yet subtle with flavour. We loved that one! The pad thai was a little overcooked but still rather tasty and really HOT!

half an hour later … still no Som Tam…

Finally, a red faced Thai girl sashays over and quietly informs us that due to the overwhelming demand for the Som Tam.. they have run out of it.

So sad… hmmm.. not my night I suppose. Nevermind, that just gives me another opportunity to come back to the infamous Alor… live to eat another day .. right?